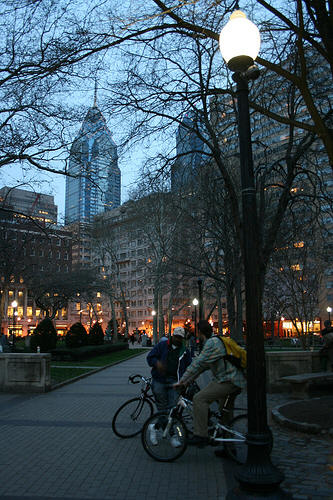 Recently, Marianne and I went to a concert at an august Philadelphia musical institution which probably wouldn't relish being mentioned in this context.  The venue is in a converted nineteenth-century mansion, extremely tasteful in its day, and of course the doors are just wide enough for one at a time to pass through.

We entered into the building and in the hallway ahead of us an old man came to a stop before the ticket-taker, leaned his cane against the wall, positioned his legs astraddle, completely blocking the hall, and farted.  "Wait a second . . . Just let me . . ."  He zipped up his pants.

"Sir," the woman tacking tickets said.  People were beginning to line up behind the two, waiting patiently.

"No, I've got to . . ."  The old man pulled up his voluminous pants several times.  Each time, they slid back down, because they were far too large for him.  "Let me first . . ."  He reached around behind himself and tried pulling up his trousers from behind.  (He was wearing black leather gloves, which on a spring day was not a reassuring sign.)  They kept falling back down.

More people came in behind us.  "There's a line!" somebody said in astonishment.

"There's a bit of a hold-up," one of the earlier people said.

The newcomer said, "Oh, I know him!" and slipped back outside to wait it out.

Meanwhile, the old man was still trying to pull up his recalcitrant trousers.  First front, then back.  Only the fact that his plaid flannel shirt had long tails protected his decency.

"Sir, you're holding everybody up," the ticket taker scolded.

After several more tugs, the man stopped and mumbled something.

"No, I'm not pulling up your pants.  You'll have to do that for yourself," the ticket tacker said.  But finally she managed to maneuver the man to one side, and we were able to slip past him.

It was like a three-minute play by Beckett:  Too sad to contemplate, too funny not to feel guilty for wanting to laugh at it.  This is, I suspect, How God in His surlier moments sees the entire human race.

I'm on the road again.  This time, Marianne and I are jaunting up to the Big Apple for a celebration of Carol Emshwiller's 90th Birthday Celebration.  Carol is a fine writer and a lovely lady and I'm proud to know her and delighted to have the opportunity to help celebrate her life.  Huzzah for her!  May she live forever and write each day of it.