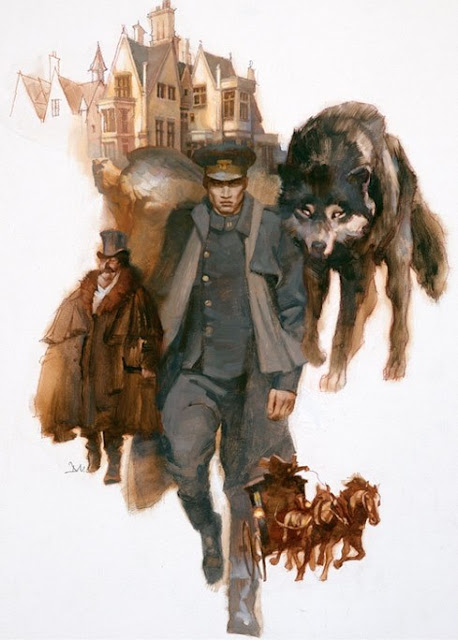 So tonight, November 3, 2018, starting at 8:00 p.m. artist Gregory Manchess will paint a portrait of me... live! This will take place at the Artists' Reception of the World Fantasy Convention in Baltimore.

This is a big deal for me, not only for the obvious reasons but because I am a great admirer of Greg's work. Pictured above is his illustration for "The Mongolian Wizard," the first of a projected 21-story series being published on Tor.com. It's a terrific painting in its own right. But it also has virtues that you'll have to read the story to fully appreciate. First of all, it neatly encapsulates the tory without giving away any of its surprises. The faces of Ritter and Sir Toby (and the wolf Geri's, too, come to think of it) express their characters as I imagined them.

Most importantly, the illustration captures the essence of the story. If you looked at it and thought, "I hope the story's as good as the picture is," then you're going to enjoy the story. Conversely, if you thought, "That is exactly the sort of thing I would never read," well... Greg's just saved you the trouble.

While I'm being painted, both Greg and I will take questions about our work. So it should be a dynamic, involving event. If you're at the WFC, consider dropping by.

Oh, and spread the word, would you? This event was put together at the last moment, so not everybody who would be interested knows about it.

Haven't I been saying I wasn't going to the World Fantasy Convention?

Yes, I did say that and, indeed, I'm still in Philadelphia. I'll be there only for the two-hours-and-change that the event will take. So if for any reason you want to see me... 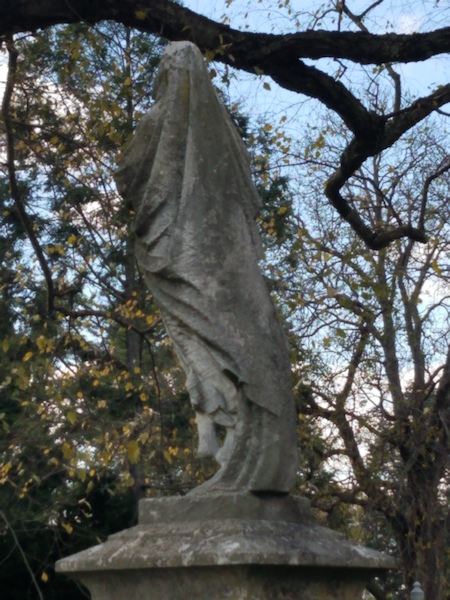 I keep an untidy office. Anyone who knows me knows that that's not an exaggeration.

Marianne and I came home this afternoon from a very pleasant lunch with Julie Phillips, the author of James Tiptree, Jr.: The Double Life of Alice B. Sheldon, easily the best biography of a science fiction author ever written, and Samuel R. Delany who is, well, Samuel R. Delany.  We talked about Julie's bio-in-progress of Ursula K. Le Guin and a variety of other matters that I for one found interesting. Then, back home, Marianne set about baking and I went to my office to take care of some business.

Casually, I picked up a newspaper clipping from the floor and glanced at it to decide whether it should be filed or discarded.

It was Gardner Dozois' obituary.

Ah, me. I knew Gardner for something like 44 years and Marianne knew him for only a month or two less. What a kind and generous man he was! How tirelessly he worked for the good of others! How terribly, terribly sad I feel to be reminded that he's gone.

But here's the thing.

I had a friend (nobody you know) who did not live his life a fraction so well. I will not go into the details. Suffice it to say, whenever I'm reminded of him and the damage he did to others, I reflexively think: "[Name], you idiot!"

When you die, the facts of your life are suddenly, radically simplified.  It's as if an enormous hand reaches down out of the sky and with one finger draws a line under the column of figures contains all the pluses and minuses of your life. The zeros fall off. What remains is a simple number, maybe positive, maybe negative.

Which is how you will be remembered.

End of sermon. Please forgive me for making it. I was reminded of a friend today and it made me sad. At least it didn't make me angry.