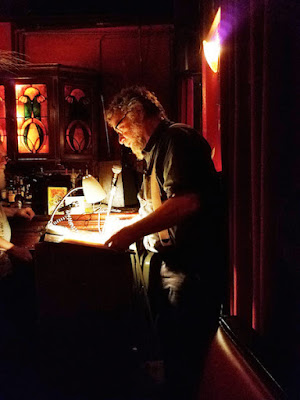 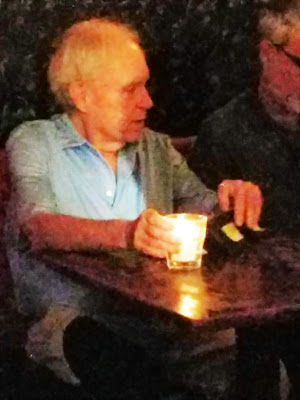 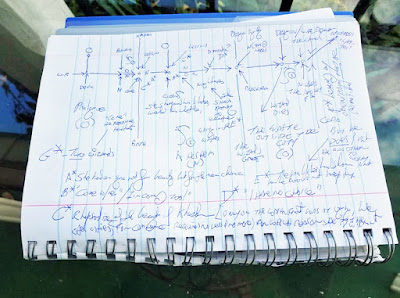 I drew up the above diagram last night as a tool to help me with a story I'm having some difficulty with. There are two main characters, Olav and Nahala, each represented by their middle initials. The main line shows their journey through the story. The small circles are particularly significant events in the story. And the arrows converging on the small circles are characters and forces introduced at that point.

So what, you ask, is the point? Well, I've got about 2,500 words written, including the first six pages which are pretty much final draft, and the final three or four paragraphs, also final draft. Plus a batch of stuff that falls somewhere in between. But while I know what must happen in the broadest outline (Olav must agree to work for a wizard, he must fight a dragon, and that fight must have a certain unexpected conclusion), the details of how the story will accomplish these things are not exactly clear. By sketching out what I know, I accomplish two things:

1) I discover aspects of the shape of the story I didn't know. For example, it turns out that the story falls into four distinct sections, which suggests alternating point of view between Olav and Nahala.

2) At the crucial plot points, as I'm tightly focused on them, I make marginal notes: snippets of dialog, observations about character and setting, and the like. These, when I go to write, can be expanded. So if I'm feeling uninspired, I can just go to the notes and start inserting them into the story.

Luckily, this is not a very complicated tale. It might be a short as 5,000 words. It's definitely going to be a short story, rather than a novella or a novelette.