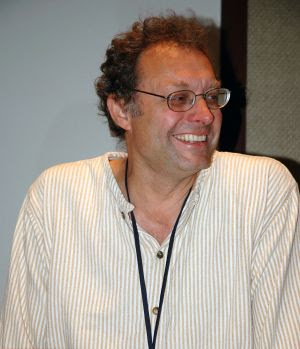 I had a discussion with Gordon Van Gelder about Paul Park's short fiction this past weekend.  I felt that Paul's short fiction was scandalously undervalued.  Gordon pointed out that he's had stories nominated for the Nebula and World Fantasy Awards.  That's true, I admitted.  But even so, his short work has a particular brilliance that makes him one of the very best practitioners of the short form.

If anybody doubts me, I refer you to his Wildside collection If Lions Could Speak, the title story in particular.

Paul has a new story up on Tor.com.  This one takes the form of an Icelandic saga, and it's called "Ragnarok."  Here's how it begins:


There was a man, Magnus’s son,

Ragni his name. In Reykjavik

Far from the harbor in the fat past.

The sea washes along Vesturgata,

As they called it.

And once again, it's a fabulous story.  I recommend it highly.  In the "comments" section, Paul mentions that he has ideas for expanding the story, though he thinks (probably rightly) that the form would be a disadvantage at book length, adding, "I could see it as a graphic novel, though."  So if you happen to know anyone in the comix industry, let 'em know it's online to be read and enjoyed.

You can find "Ragnarok" here.

I read this when it was posted on tor.com and it impressed the hell out of me. I've never sought out his short stories, but his 'Starbridge' books were fine - some of the feel of Book of the New Sun.

Shame on me, I've never heard of Mr Park, but coming from you that's a heck of a recommendation. Thanks for bringing him to my attention.

His story "Ghosts Doing the Orange Dance" is online here:

It will only be up for a few more weeks.

In the very best sense of the word, Paul is the Competition. If your stories aren't as good as his, well...