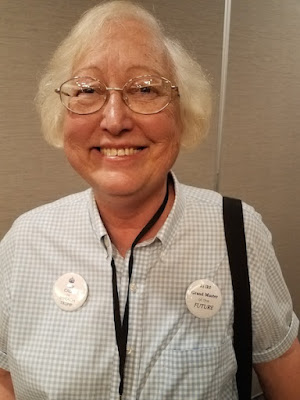 What a stroke of luck! There was a button maker in the huckster room at MileHiCon 50.

What made this so fortunate  is that, as a former guest of honor at the convention,  Connie Willis was there too. And I see I'm going to have to explain this...

Long long ago in a galaxy very close to hand, back in the early 1980s, I had a notion. As a new writer of serious ambition, it was obvious to me who my peers were: people like Connie, Kim Stanley Robinson, Nancy Kress, John Kessel, Pat Cadigan, James Patrick Kelley, William Gibson, and a handful of others.These were the people whose work I most admired and the people I was in friendly competition with. So one day, when there was a great deal of talk about the latest SFWA Damon Knight Grand Master (I think this was before Damon's name was appended to the award), whoever it was, I came up with the notion of getting a batch of buttons made reading Grand Master of the Future and giving them to all of my pals who I thought were likely future recipients of the award.

It was an amusing idea because we were all young and at the outsets of our careers... a little early to be thinking about such matters.

Alas, I never got the buttons made. Why, I'm not sure. Possibly out of mere cheapness. Maybe because I didn't want anybody to think any of my pals were seriously politicking for the offer. The reason doesn't really matter.

Then, decades later, the latest Grand Master was announced and it was... Connie Willis.

I had two thoughts then. The first was: Yeah, she's a good choice.

The second was: Why didn't I get those buttons made?

So when I saw the button making machine, I realized that I had the chance to make things right.

There's Connie up above, wearing a button reading Retro Grand Master of the Future. So an involuntary injustice has been made right.

I hope to have more of these made up as time goes by. In the meantime, I think that Connie Willis is an excellent Choice for the Retro Grand Master of the Future button.

I really should thank the button-maker, who went through a great deal of trouble to find a printer to make the button possible. But, predictably enough,  I didn't think to ask her name. I am, alas, a Past Mater of what the French call l'esprit de escalier.


Above: I apologize for the strange color values of my photo. I'm not much of a photographer, I'm afraid. 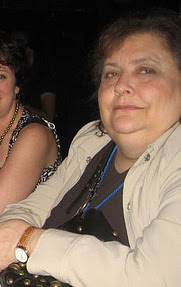 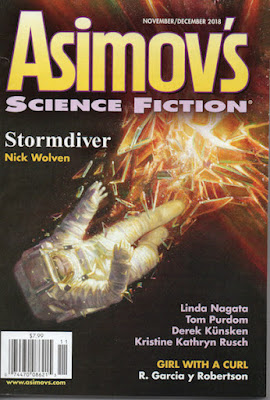 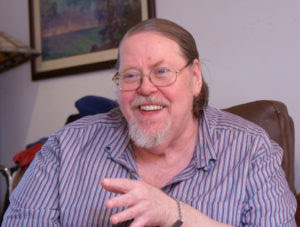