My Advice for New Writers 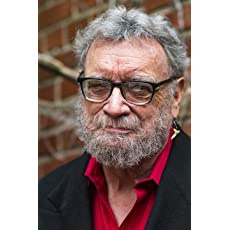 New writers ask me for advice all the time. I tell them: Discard the opening pages setting the scene and start where the action begins. Rip out all the adverbs. Rewrite over and over until the story can't be improved upon.

But what they want to hear is: Clutch the manuscript to your heart. Flood it with love. Then send it out. Because it's perfect as it is.

Above: Photo by Mikey Mongol.

The Mysteries of the Faceless King 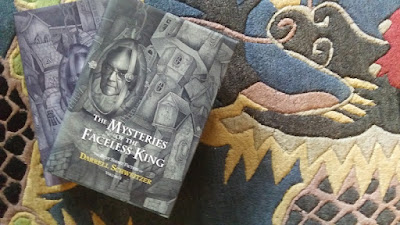 Look what came in the mail! The collected Best Short Fiction of Darrell Schweitzer in two volumes from PS Publishing. With cover, end papers, and signature page illustrated by (of course) World Fantasy Award winning artist Jason Van Hollander. Which I received because I wrote the introduction to Volume 1: The Mysteries of the Faceless King.

I am not going to make a sales pitch here, because that's not the way it works. PS Publishing carefully chooses authors they know have a loyal following, and create beautifully-made and well-edited volumes in limited editions. Which then routinely proceed to sell out. That's just the way it is.

But I have to say something. So I'll just give you the very beginning of my intro:

None of the stories collected herein begin with those words, though some come close. But they might as well. For Darrell Schweitzer writes a very traditional sort of story. His fiction is almost always fantasy, which is a mode nested deep in the roots of Story; usually horror, a mode as old as nightmares; and very often weird fantasy, a much more recent mode but one that is dear to his heart. Most could have been written a hundred years ago—or, with equal ease, a hundred years in the future. This is not a criticism. Timelessness is precisely what he is after.

My introduction goes on from there, touching upon various aspect of Darrell's career. To know what I said, you'll have to buy the book. But I can share the single virtue that most contributed to his having a two-volume "Best Of" collection of his fiction: Steadfastness.

When Darrell was first starting out as a writer, there was very little market for weird fiction, which was what he most wanted to write. He wrote it anyway and sold it to magazines most people have never heard of, often for laughably little recompense. Over the decades, he worked as a reviewer, book dealer, interviewer, writing instructor, literary agent, editor, and God knows what else. During which time he surely learned what an uncommercial genre it was he had given his heart to. He wrote it anyway. He never gave up. He never stopped writing what he loved best.

So you wanna know how to get to Carnegie Hall? Stay the course.

I was browsing Locus Magazine's top ten finalists list for the Locus Awards, pausing occasionally to reminiscently admire a work I'd already read when, unexpectedly down in the Best Collection list I came upon my name.

The Postutopian Adventures of Darger and Surplus is up against some pretty impressive competition To begin, The Best of Elizabeth Bear and The Best of Jeffrey Ford, both from Subterranean and both (I can say this even without having seen either) pretty damn splendid. There's If It Bleeds by Stephen King who, setting aside how amazingly successful his career has been, is a terrific writer at short length. And The Hidden Girl and Other Stories by the astonishing Ken Liu and Nine Bar Blues by the equally astonishing Sheree Renée Thomas. Meg Elison, who is having a moment, is up for Big Girl. And Jane Yolen's latest, The Midnight Circus is in the running too, as I assume Jane Yolen's collections inevitably are whenever they appear.

I know nothing, I confess, about Everyone on the Moon is Essential Personnel (great title!) by Julian K. Jarboe or Analog/Virtual: And Other Simulations of Your Future by Lavanya Lakshminarayan. But, judging by the company they keep, I obviously should.

Short of winning one, this is the greatest pleasure of the whole awards process: going over the lists, reflecting on the works you've read and making mental notes to look up those you have not. If you haven't gone over the short list yet, you can find it on Locus Online here.

And, oh yes: Best of luck to all us nominees!

Posted by Michael Swanwick at 5:54 AM No comments: