Writing 501: Too Many Epiphanies 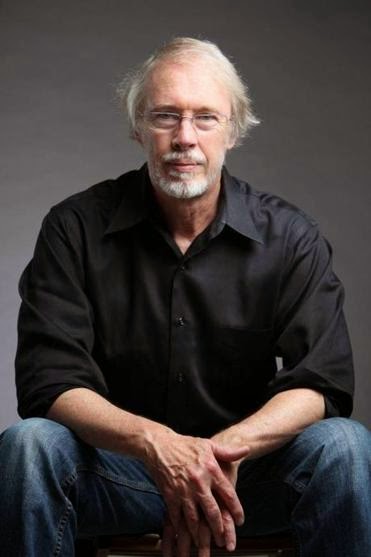 The other day, I was chatting with a young writer who has her first novel coming out soon, and she said, "I was hoping you could tell me how to be a better writer."

Thinking back on this exchange, it occurred to me that almost all writing advice is written for as-yet-unpublished writers -- Writing 101, as it were.  But the rest of us could use a little help now and then too.  So I'm starting an occasional series, nothing elaborate, of Writing 501 advice.

Today's nugget comes from Charles Baxter, via an article by Alison Lurie in the New York Review of Books.  Here's Lurie's take on Baxter's take on the proliferation of epiphanies:

In a chapter called “Against Epiphanies,” for instance, Baxter discusses what a student I used to know called “stupid little realization stories.” Once upon a time, he says, as in Joyce’s “Araby,” the sudden rush of knowledge and/or self-knowledge was new, surprising, and effective. Now, however, “Everyone is having insights…. Everywhere there is a glut of epiphanies…. But…there is a smell about them of recently molded plastic.” One problem is that these insights tend to “depend on an assumption that the surface is false.” There is also often an implication that characters in a story who do not have these insights are morally or intellectually inferior. “Now that the production of epiphanies has become a business, the unenlightened are treated with sad pity, and with the little grace notes of contempt.”

As I read this, an authentic story climaxing with an epiphany is still possible.  But the epiphany must be real, hard-won.  Too often, the epiphany is employed as a device, slapped onto the end of the story as a way of getting the writer out of it, or of giving a sugar-surge of energy to a plot that simply hasn't earned it.

In any case, it's well worth thinking about.  Correctly applied, Baxter's observation will have the salubrious result of making your fiction significantly more difficult to write.  Which is to be desired, yes?

The NYRB article is behind a paywall.  But you can read the Boston Globe review of Baxter's new collection of short fiction here.

Above:  Charles Baxter himself, from the Boston Globe review.  Joyce's "Araby," incidentally, is a terrific story.  Any writer who hasn't read Dubliners yet really should.

The good folks at Flash Forward have uploaded to YouTube an interview that Mike Zipser did with me some years ago, back when I'd just finished Hope-in-the-Mist, my account of the life and career of the very interesting Hope Mirrlees.

Hope-in-the-Mist is (and will be until Sandeep Parmar finished her biography of Mirrlees) the only book-length study of one of the most important fantasists of the last century.  It was published by Material Culture in an edition of two hundred, and, as planned, sold out almost immediately.  An e-book version will be e-published sometime this e-year, if all goes as planned.  All questions as to exactly when should be directed to the proprietor of Material Culture, Henry Wessells.

The Last of What Can Be Saved from the Wreckage? 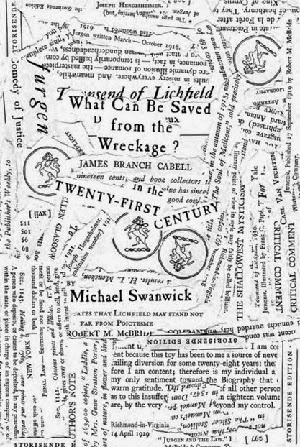 Over the course of several years, I read (or reread) every book James Branch Cabell ever wrote.  Then I penned a slim-book-length monograph, sorting and ordering the entire oeuvre.  I may be the only person ever to have done so.

What Can Be Saved from the Wreckage? was published by Temporary Culture in 2007.

Now there are only five copies remaining.  If you need one -- and those who do know who they are -- this is pretty much your last chance at an affordable price.

You can order it here.


Posted by Michael Swanwick at 7:35 AM 4 comments: 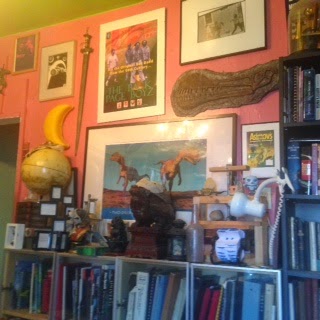 For no particular reason, here's a photo of one wall of my office.  A little murky, perhaps, but still crammed with wonder.

Top of wall. left to right:  a photo of me listening to a blood rabbit, a black&white original SF illo by Robert Walters; a West African sword (originally in the Chicago Exposition, then the Philadelphia Civic Center Museum, then the African American Museum, then Material Culture), a poster made by Ray Ridenauer for the Back Page Boyz ("the Original Boy Band from the 20th Century") based on a photo by Joanne Burke; a photo by Joanne from the same session, featuring me, Gardner Dozois, Tim Sullivan and Greg Frost; a plaque of (my thanks to Lars, below, for identifying it for me) an Ornithocheirus skull.

Lower wall, left to right: plastic moon lamp on which is written a love story addressed to Marianne; a Dilophosaurus poster by Robert Walters, the framed cover of Asimov's for "The City of God."

Atop bookcase:  Globe of Mars, autographed by Kim Stanley Robinson, with a coyote face resting atop it; flash fiction in small frames; bust of Surplus; stone fu dog; guardian turtle with two masks resting atop its shell; a lantern filled with keys; a book press holding several cigar boxes filled with interesting stuff, atop which are several plastic figures, including a Dimetrodon; a Rolodex containing the names of partially-written stories.  Among much else.

One day Marianne suddenly looked about her and said, "How did I wind up living in a wizard's den?"

"The skulls are all yours," I reminded her.


Above:  The rest of my office is too cluttered to show you.  Maybe someday after I get it tidied up.

The Annotated Stone of Loneliness 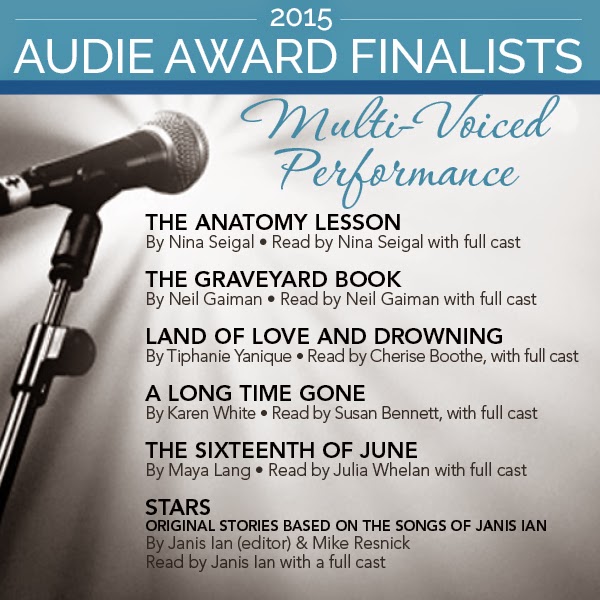 So Janis Ian is up for an Audio for the audiobook of Stars, the anthology edited by her and Mike Resnick.  You could search forever in the paper book for my story and never find it.  But they included "For I Have Lain Me Down on the Stone of Loneliness and I'll Not Be Back Again," which was inspired by Janis' song "Mary's Eyes," as an extra, a special treat for those who buy the audiobook.

Wednesday, I talked a little about the story and told where you can find the song that Janis wrote for it.  Today it occurred to me that it might be helpful is I provided a light annotation of it.

In general, everything I say about Ireland is true, unless it's something that has yet to happen, in which case it's fiction.  There can't be many readers who will have trouble telling one from the other.  But a few entries are personal and there's no way you could possible know that.  So, presented below are those elements that make this as close to an autobiographical story as I've ever written.


... my great-great-grandfather saw Gerry Adams strolling down O’Connell Street on Easter morning of ’96, the eightieth anniversary of that event, returning from a political rally with a single bodyguard to one side of him and a local politico to the other.


All true.  That is exactly where and when and what happened to me.  Making me the protagonist's ancestor.  The bodyguard, incidentally, was huge.  His shoulders were so wide they made his head look small.

...I can see his face, liquid and wavy as if glimpsed through candle flames, as he lay dying under a great feather comforter in his New York City railroad flat, his smile weak and his hair forming a halo around him as white as a dandelion waiting for the wind to purse its lips and blow.

That was my grandfather, Michael O'Brien.  He died when I was -- what? -- three years old, I think.  I can see him clearly even now, smiling lovingly at me as I played on my little plastic guitar for him.

The holy well is one such antiquity, though it is only a round hole, perhaps a foot across, filled with water and bright green algae.  The altar over it is of recent construction, built by unknown hands from the long slender stones formed by the natural weathering of the limestone between the grykes, which makes the local stone walls so distinctive and the walking so treacherous.

It wasn't easy to find, but Marianne and I had a geodetic survey map, and we tromped over the rocks until we all but stumbled across it it. Later that day, we struck up a conversation with a friendly waiter.  The man was a talker.  But when we mentioned the holy well, he clammed right up.

We met in the Fiddler’s Elbow, a pub in that part of the West which the Bord Failte calls Yeats Country.

A lovely place.  We shared a pint with a dairy farmer there.  When I said that Ireland was a very beautiful country, he said, "But it can be a very dirrty country, too."  With a trill in the r.  The peat fire, however, comes from a pub in Dublin, as does the back room where the concert was held.

“This one’s for the American,” she’d said.
But how had she known?

This happened to a friend of mine.  She was in the audience and the singer said, "This one's for the American in the front row."  So she stayed after to ask how he knew.  "You have American teeth," he said.

“Looking for your roots, then, are ye?”

This is a question all visitors to Ireland must endure.  Apparently the Irish can't imagine any other reason for coming to see their country.

...and the ladies of Noraid goose-stepping down the street on Saint Patrick’s Day in short black skirts

“It’s not the wee folk you have to worry about.  It’s the boys.”

In Ireland, "the boys" is or was a euphemism for the IRA.  Which is why a friend who was putting up the members of an Irish folk group in her house for a few weeks was always careful to refer to them as "the lads."

The Stone of Loneliness was a fallen menhir or standing stone, something not at all uncommon throughout the British Isles.  They’d been reared by unknown people for reasons still not understood in Megalithic times, sometimes arranged in circles, and other times as solitary monuments.  There were faded cup-and-ring lines carved into what had been the stone’s upper end.  And it was broad enough that a grown man could lie  down on it.

On a beautiful, bright day on our first visit to Ireland in 1982, Marianne and I found the Stone of Loneliness, so called because it was supposed to be a cure for heartbreak.  People about the leave Ireland forever would sleep on it the night before departure.  I lay down on it and I felt all the loneliness in the world flood into my body.

I swiped this bar from my mother.  She took a tour of Ireland, before which she asked if there was anything I wanted her to bring back.  "If you run across a bottle of Knappogue Castle," (at that time a rare whiskey) I said, "I'd like that."

Well, my mother asked the tour but driver and he hadn't heard of it either.  But "I think I know what he meant," he said, and drove to a very seedy bar and after warning his charges not to leave the bus, went in.  He came back with a Fresca bottle filled with illegal poteen.

When she got home, my mother told me this story, showed me the Fresca bottle, and put it back in her own liquor cabinet.

...only Ireland and my family could make me cry.

It's God's own truth.