The City Under the Stars -- Gardner Dozois' Last Book 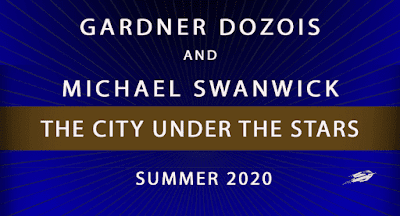 Tor.com has made the announcement, so now I can talk about it. The City Under the Stars, Gardner Dozois' last novel, will be published next summer.

What's the story behind this? Well... roughly a quarter century ago, Gardner and I wrote a novella titled "The City of God" and published it in Omni Online and then Asimov's Science Fiction. (Gardner recused himself and Sheila Williams made the decision to pick it up.) Here's how it began...

It was high summer in Orange, in York, in the Human Domain of Earth.  There was commerce in the town, crops in the field, beasts in the byre, bandits in the roads, thants and chimeras in the hills, and God in His Heaven--which was fifteen miles away, due east.


Which was a magical opening to one of the bleakest stories Gardner had ever written--and he had a reputation as a very bleak writer indeed. The protagonist, Hanson, suffers a great deal before entering the City of God and even more afterward. It was a very good story and one that, at the end, slammed the door on any sequels.

And yet... Over the decades the two of us often talked of turning "The City of God" into a novel. We planned to write two more novellas, "The City of Angels" and "The City of Man," telling one long, extended story.

One with a happy ending.

We were both extremely busy, though, on other projects. Time passed. Then, a year or so ago, the second novella came alive again and we started swapping it back and forth.

"The City of Angels" was half-finished when Gardner, who was Pennsylvania Hospital for congestive heart failure, caught a systemic infection. His son Christopher called to let me know that if Marianne and I wanted to see Gardner one last time, we should get there soon.

We said our goodbyes and, shortly thereafter, Gardner died.

There was no way I could finish that third novella by myself. But I knew how much Gardner had been looking forward to having another novel published. And then there was that ending...

I wanted the world to know that Gardner had written something with a happy ending.

It took enormous work to bring about that happy ending earlier than planned. But I managed it.

The City Under the Stars is a short novel, but a good one. Gardner was a brilliant writer and one of the finest stylists in all of science fiction.

It's a dark book but--have I mentioned this yet?--it ends well.


You can read the official announcement here. 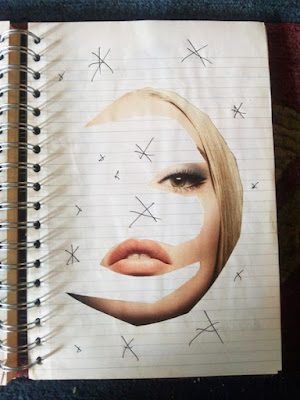 Posted by Michael Swanwick at 8:29 AM