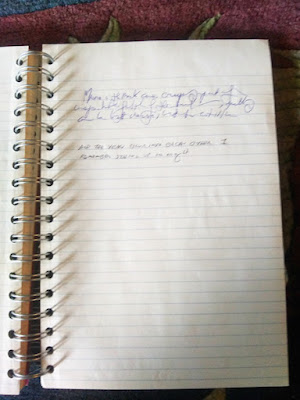 I think that this is the second half of the story begun yesterday but the resolution is too small to read and I'm in Quincy, Massachusetts, for a convention, so I can refer to the Image Book.

Well, as Dick Cheney once wisely observed, you go to the Internet with the pix you've got.

And given that a major theme of the trilogy. Is the Silence of God...

I'm in Quincy, Massachusetts,  for a convention. I won't say which, because I'm not officially here yet.

Meanwhile, it's a lazy Friday morning, I'm reading Lisa Goldstein's Ivory Apples, and I have nothing to do before I introduce Greer Gilman's Small Kingdom at five.