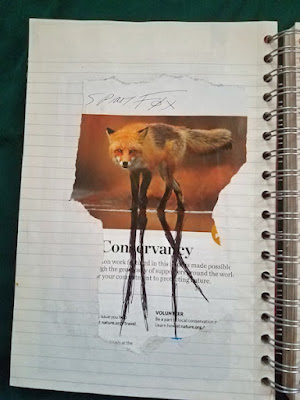 (Here, I must pause for a time to grieve. This is not a literary flourish; I really do mean this.)

I only met Yoshio the once, I think, in a food court at a Worldcon. He was with his wife Mika and their daughter, who was chowing down on some fast food at the time and, as young children won't, didn't respond to being introduced to me. So Mika, embarrassed, put a hand to the back of her head and pushed it down into a bow.

My son was about the same age as her daughter, so I identified perfectly. My heart went out to her.

As for Yoshio, he was everywhere in the 1980s and translating into Japanese close to the best of everybody in new-and-happening science fiction. The Locus obituary mentions Greg Bear, Bruce Sterling, Lucius Shepard, Lewis Shiner, and, well, me. We were none of us marquee names back then and he didn't treat us as such. He treated us as people who were doing the kind of cool work that he wanted to see published in Japan.

I, for one, was immensely flattered. His admiration was as good as any award. Others were, too, I think. I know that his name was slipped into at least a half-dozen stories and novels by various writers.

Locus tells me that  "He translated for Japanese publishers includingShueisha and Hayakawa, and fo magazine Hayakawa SF. He taught translation for many years in Tokyo and Sooporo, inspiring generations to share his passion, and founded award-winning Japanese fanzine Palantir in 1981.

Most of all, he was a kindred spirit to the Eighties generation that was remaking science fiction, both those he translated and those he would have loved to. Whoever it is we are, he was one of Us.

Most of you never heard of him. Only a few of you ever met him. All of you are the poorer for his passing.

Godspeed, Yoshio. May the afterlife be good to you.

As my scrawl says, that's a Fox Spirit. Fox spirits come from Japanese mythology, so that seems a tidy bit of synchronicity. Synchronicity was considered very hip in the Eighties. So that's apt too.

In only five days The Iron Dragon's Mother will be published! Five!! That's less than six!!!


Above: For those who came in late, my latest novel, The Iron Dragon's Mother, will be published in only 5 days. To draw attention to this fact, I'm serializing the Image Book I made to help me imagine a strange world for the book.