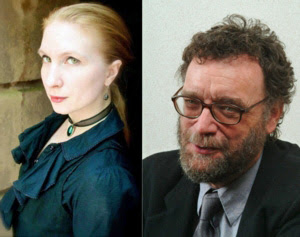 After a long hiatus from such public appearances, I'll be doing a reading at the Free Library of Philadelphia next Tuesday. If you're in the city then and have the free time, why not attend? It'll be fun.

I'll be reading from my soon-to-be-published novel The Iron Dragon's Mother. I don't know what Leanna Renee Hieber  will be reading, but I'm looking forward to finding out.

Leanna Renee Hieber is an actress, playwright and the award-winning author of Gothic Gaslamp Fantasy novels for adults and teens. Her Strangely Beautiful saga hit Barnes & Noble and Borders Bestseller lists and garnered numerous regional genre awards, now in new revised editions from Tor Books with Miss Violet and the Great War completing the series. The Eterna Files trilogy is now complete from Tor Books and The Spectral City launches a new Gaslamp Fantasy adventure with Kensington Books. Leanna’s books have been selected for national book club editions, translated into many languages, and her short fiction has appeared in numerous notable anthologies. A proud member of Actors Equity and SAG-AFTRA, she is a presenter and panelist nationwide, residing in New York City where she is a licensed ghost tour guide and has been featured in film and television on shows like Boardwalk Empire and Mysteries at the Museum. She is the creator and performer of By the Light of Tiffany, a one-woman show channeling 19th century artist and designer Clara Driscoll.


Michael Swanwick has received the Nebula, Theodore Sturgeon, World Fantasy, and Hugo Awards, and has the pleasant distinction of having been nominated for and lost more of these same awards than any other writer.  He has written ten novels, over a hundred and fifty short stories, and countless works of flash fiction. His latest novel, The Iron Dragon’s Mother, will be published by Tor Books in June, 2019. He lives in Philadelphia with his wife, Marianne Porter. 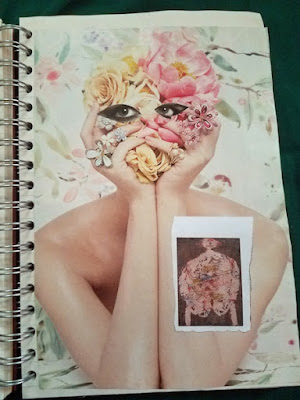 A collage. Just another face in the crowd, I'm afraid.


Above: For those who came in late, my latest novel, The Iron Dragon's Mother, will be published in 20 days. To draw attention to this fact, I'm serializing the Image Book I made to help me imagine a strange world for the book.