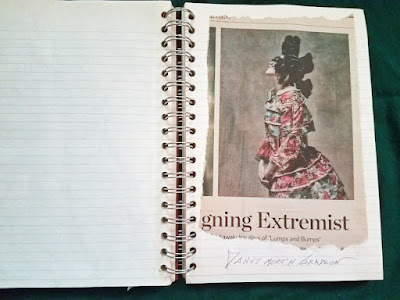 This one is a genuine discovery. It's a first glimpse of Dahut merc'h Gradlon, who plays a significant role in The Iron Dragon's Daughter. The picture captures a lot of her personality, I think. She's everything a tragic heroine should be--beautiful, willful, and absolutely unreasonable. Also, ultimately and unexpectedly, noble.

Should I have said spoiler alert?

The page opposite her was left blank because, well, who could stand up to Dahut?


Above: The Iron Dragon's Daughter is on the stands. But I'm going to keep posting the Image Book until it reaches the end.

How do you find this stuff!?