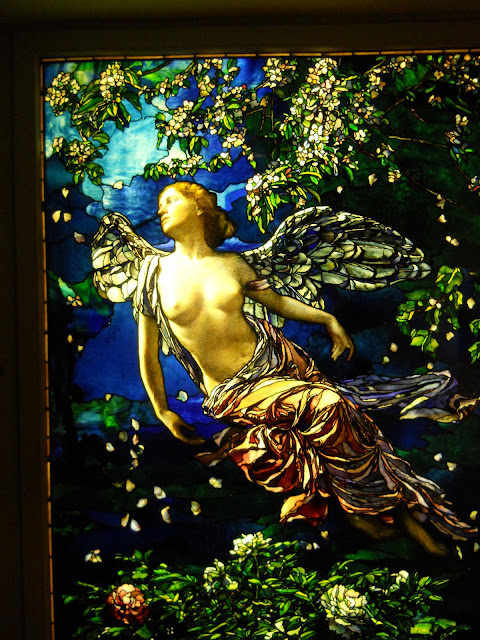 There is another teapot tempest storming about now and, though I really have less than no interest in participating (my free time this week is taken up by Boskone and "Tawny Petticoats," a new Darger & Surplus story that's beginning to shape up on the page), I feel that I ought to say something about it, since, like it or not, I'm involved.

What happened was that some doofus took a dislike to Joe Abercrombie's fantasy novel The Heroes and wrote a long essay on his website attacking several books, one of which was my own The Iron Dragon's Daughter, as "a mockery and defilement of the mythopoeic splendor that true artists like Tolkien and [Robert E.] Howard willed into being with their life’s blood."

Okay, he didn't like my book.  "Of taste and scent no argument," as Avram Davidson used to say.  That's why there are so many different flavors of ice cream in the supermarket.  Some of the rhetoric was, to my mind, intemperate.  But that's simply the nature of a diatribe.

However, among the many reactions the blog post inspired was one from an honest-to-God published writer who called my novel "an elaborate and obsessive long-drawn-out paean of hatred and contempt of a cramped and unlit soul . . ." and then proceeded to get scatological.

For the record, then:  No hatred, no contempt.  I wrote The Iron Dragon's Daughter out of love.  I love fantasy.  I loved Jane Alderberry, the heroine of the book.  Like all serious writers, I love truth.  And I'd love it if people who don't understand what I'm doing would express themselves a little less hatefully.

Above:  Tiffany window.  Big one.  Philadelphia Museum of Art.  I love that stuff.

The review that the second set of comments appeared in looks like a slightly more eloquent (if we can use that word for something as ugly as this) version of a common Amazon.com 1-star review: "Lots of awful horrible disgusting things happen in this book. I could not finish more than half of it. What is wrong with these people????"

Which is to say that these objections are also mainly a matter of personal taste, but author of the review for whatever reason feels compelled to cast his opinions as moral condemnation. Which I guess is fine on your own blog, better there than in an online book store.

Forget about the non-heroic fantasy teapot tempest; I'm more interested about the new D&S yarn. Is the (admittedly unwritten) story set before or after "Dancing with Bears" (I still think the title your new novel should have been "Gorky Bark")? Is it a commission or to be sent out to the pulps for a penny a word?

That's the problem with amateur reviewers (and far too many professional ones) -- judging a book by their tastes and not on its actual merits. It gets pretty awful on Amazon sometimes, e.g. awarding a book by Charles Dickens one star (and that only because you have to award at least one star) for being too long-winded, with too many characters in a too sprawling story that takes forever to get to the end. Bad cess to the lot of them, but at least you get the feeling that, if that sort of person pans the book, it's probably a pretty good one. [wicked grin]

Not all your books, Michael, have been "my kind of book" ... so what? You've turned into one damn' fine writer (you always were a good one, even back in college), and I read them with pleasure. Great, great pleasure.

And I do wonder what book the honest-to-God published writer was reading. It certainly wasn't The Iron Dragon's Daughter. I admire the restraint in your post. I'd have been a heck of a lot more intemperate.

Oh, and, p.s. -- now having read the honest-to-God published writer's essay, yep, it's about your book, sure enough. But that writer is reading fantasy (and possibly all) literature through one hell of a warped pair of spectacles, with a pair of blinkers on. Sheesh.

Although I suppose, in a way, I do the same when I decry the modern vampyre-as-victim or vampyre-as-hero topos, when to me the vampyre is the archetype of death gone wrong and is not adequately replaced in this role by what now passes for zombies.

Even so, I am aware of how myths and mythical figures change in response to a culture's developments and changing needs, and am at peace with the process even when the results are not to my taste. Your h-to-G p w seems to have a mind cast in concrete, unchangeable and inflexible.

A lineup with Michael Swanwick and Joe Abercrombie is pretty good place to be.

Michael, this was J**n *. Wr****t traducing your book. The author of fantasies that I honestly took for satires on first reading - underplayed, likely to fly under many a reader's radar, but satires nonetheless, for surely nobody could be writing seriously in this vein. The man who, in one fell swoop, turned himself inside out, from a Randie to a Jansenist sort of Christian, while managing to maintain unchanged his essential objectionability.

Nail his comments to your masthead. To those who know and think, they constitute an approbation. Nothing he likes can be any good.

=( I cannot even put into words how much it pains me that someone, no, two someones(!) would pick on Jane and IDD in such a way. This especially breaks my heart since IDD was the first book of yours that I ever read!

Ok, now to go out and continue spreading your work to everyone who will listen to me here in the Pacific Northwest. I swear I'll have enough people to fill the Pearl Room at Powells if you ever stop by on a book tour! (So please, please, do come to Portland and Powells!)

I won't bother reading those reviews; I've already read The Iron Dragon's Daughter and formed my own opinion: that it is an excellent book that I enjoyed reading, and that you managed some really neat tricks of plot construction and character development that I admired. If someone wants to discuss the techniques or themes of the book, that's fine, but I don't have time to correct all the people who are wrong on the Internet, and I don't suppose you do either.

"a mockery and defilement of the mythopoeic splendor that true artists like Tolkien and [Robert E.] Howard willed into being with their life’s blood."

Just want to say that, in my opinion, The Iron Dragon's Daughter is one of the finest fantasy novels ever written. It has occupied an honored place on my bookshelf since its original date of publication, and I return to it from time to time in order to reinhabit its imagined world and enjoy its literary, aesthetic, moral, and yes, humanistic qualities.

It's too bad that some people have such a crabbed emotional reaction to books that they probably haven't even read in full, but truly it's their loss.

I'll just second Pebble's opinion that IDD is a great work, perhaps my favorite of your long fictions.

And I do believe that more than one clever fellow in history has observed something to the effect that, if you aren't annoying the annoying people, then you're not really doing it right.

You're doing it right.

Well, I googled the quote to discover its author, and I've never heard of the bloke. Quite obviously I don't read enough hacks.

JW's been saying inflammatory and intolerant stuff on the internet for years. It seems to be just to get attention. If it is not, well, it does seem like his set of values differs a great deal from most of the people, both writers and readers, in the speculative fiction community. People who grew up on Le Guinne and Zelazny and Bradbury and Gaiman and Clarke tend to be intellectually curious and accepting of people who choose to live their lives in unconventional ways. To me, JW represents everything about the conventional world that we, as fringe dwellers, tend to reject. I'd say that you should only start to worry if he really likes something that you wrote.

Mostly because it's a grotesque parody of what snooty elitists think fantasy reads like instead of what it actually is, as well as ascribing said works with a fixation on militarism and fascism that is actually entirely absent. Tolkien and Howard have both been accused of fascistic inclinations (even directly accused of Nazi sympathism): if it wasn't already evident from a better reading of their fiction, then their letters actively criticising the Nazis should.