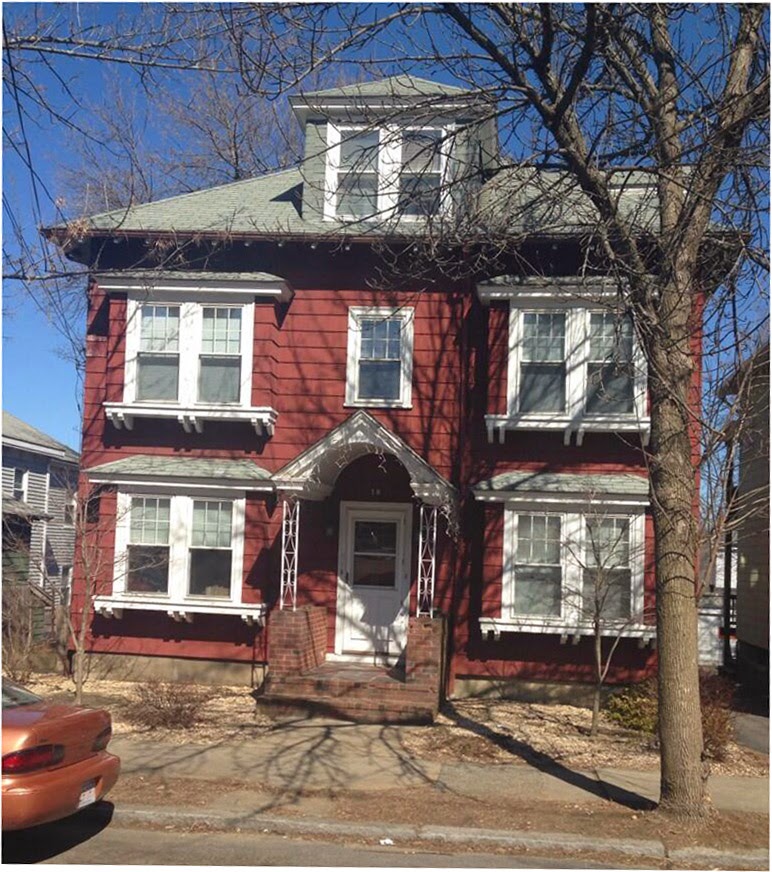 Two literary households, both alike in dignity,
In fair Massachusetts, where we lay our scene...

North we drove to witch-haunted Salem.  Here we sought out the childhood home of legendary editor and brilliant writer Gardner Dozois.  That's it up above,  at 18 Roslyn Street.  Here's Gardner reminiscing, after I posted the picture on Facebook:

The amazing thing is, it looks exactly the same as it did when I was a little kid in the '50s; it's even the same color. The neighborhood doesn't seem to have changed much either. We lived on the top floor, and it was sitting just inside that dormer window that's visible up there, which was the living room, with dusty sunlight coming in through that window, that I learned to read and read my first word, which, perhaps appropriately, was "No."


Which is indeed useful word for a future editor to have mastered early.  But while he is likely to be best and deservedly remembered for his 19 years as Asimov's, I value Gardner's fiction more.  Back in the day, whenever Gardner had a party at his old apartment, Marianne would lurk by the table containing dozens -- or so it seemed -- of Hugo Awards for Best Editor.  They were a terribly vulgar sight, like a display in a sex shop.  But in among them, gleaming with virginal innocence were his two Nebulas for Best Short Fiction.  Sooner or later, some young New York editorial type would say, "I didn't know Gardner was writer."

Then Marianne would smile and say, "Oh, yes.  He's a much better writer than he is an editor.

Northward, ever northward we drove, to Gloucester where Virginia Lee Burton created her famous children's books and also her famous fabric prints.  Marianne and I had been married several years before we chanced to find out that as children we had each particularly loved her book Mike Mulligan's Steam Shovel.  I loved it because my name was Mike, just like the protagonist, and Marianne because the steam shovel's name was Marianne, just like her.

Some marriages are fated.

There are no public sites associated with Ms Burton today (her house is privately owned), but after quietly scoping out her old stomping grounds, Marianne and I drove west and south to Concord (properly pronounced, our New England friends tell us, "conquered"), where we found Walden Pond.

Preserving a site dedicated to simplicity and lack of ostentation as a tourist attraction inevitably makes it a magnet for irony.  Parking at the site costs five dollars and the automated machine collecting the toll rejected my increasingly heated attempts to pay with first one credit card and then another.  Eventually, I scraped together enough bills that the finicky device would accept and dropped by the information center.  There I found a startling array of various editions of Walden, one for every purse, and some of them pricey indeed.  So I bought the cut-price Dover paperback, cut through the parking lot, took a perfunctory look at the recreated hut (complete with a stand for the guest book), and when there was a break in the traffic hurried across the road to the pond.

Thoreau is known today for his anti-capitalist politics and for at least temporarily living the simple life he espoused.  But what makes him geekworthy is that all the time he was at Walden Pond, he was practicing science, recording temperatures, and mapping the depth of the pond.  For all that the literary establishment tries to make him respectable, he was one of us.

Down the road a way, we came at last to the second literary house of the day -- the Old Manse.  Ralph Waldo Emerson's grandfather built the house, whose lands abutted the Old North Bridge, where the Shot Heard 'Round the World was fired, kicking off the American Revolution.  Emerson grandpere witnessed the event from his fields.  Two generations later, his grandson arranged for Nathaniel Hawthorne and his young bride to rent it.  Emerson event sent Thoreau over to plant a garden for them, so they'd have flowers and vegetables awaiting them when they arrived.

There, the newlyweds scratched love-notes to each other on the windows and Nat wrote a fair amount of fantasy ("Young Goodman Brown") and science fiction ("Rappaccini's Daughter") there.  The taint of genre runs deep in American literature, however hard the guardians of decency try to deny it. 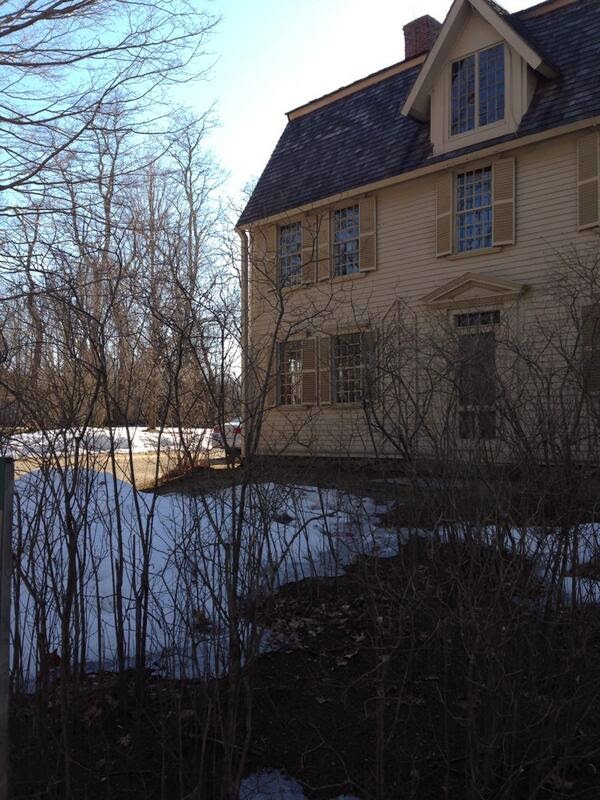 Immediately above, the Old Manse.  A holy spot for those of us who value America's contribution to world literature.