Geek Highway, Day 2: Aliens From What to Who 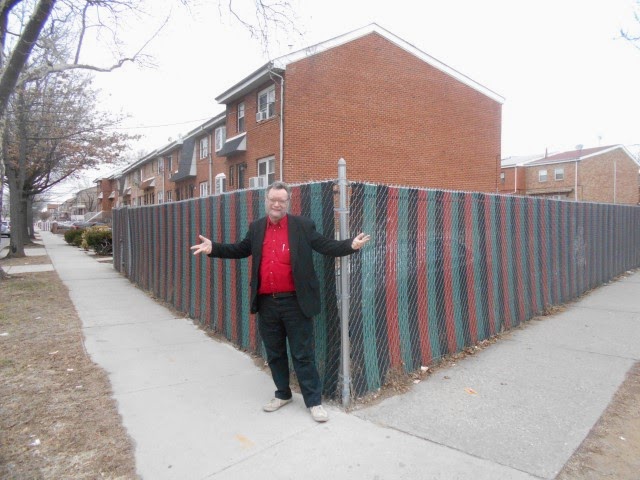 I'm running a little behind on my blog posts, but soonsoonsoon I promise I'll be all caught up.  Meanwhile here's Sunday's Geek Highways report:

Angling south and west through parts of New Jersey that have no large roads, past small houses hidden behind a narrow scrim of trees and blue collar businesses with half a dozen employees each, we come to Grover's Mill.  Here on the night before Halloween, 1928, hostile Martians attacked the Earth.  Or so Orson Welles reported in his radio dramatization of The War of the Worlds.  Which caused a panic unlike any seen before, alerted the world to the dangers of mass media, and triggered Congrssional hearings which took Welles' fanciest footwork to emerge from unscathed.

From there to Edison, the site of Thomas Edison's Menlo Park laboratories.  These are long gone, but the Edison Tower has take n their place, topped by a lightbulb- shaped dome.  Today it's covered in scaffolding, being restored.  "They've been turning this into a park since 1937" says a man we meet there, who has brought his grandchildren here to play with their dogs.

Onto the Garden State expressway to West Orange for what turns out to be Geek Paradise -- the the Thomas Edison National Historical Park.  Here, preserved, are TAE's improved labs, contains the original chemistry lab, heavy metal shop, precision machining shop, and much else as well.  Edison's library office is a multi-story dream of affluence and achievement.  But he much preferred his small and tidy private laboratory.

Time growing late, Marianne and I hurried on to Brooklyn, there to search out the site of the Asimov Candy Store where, at age 9, Asimov convinced his father to allow him to read the science fiction magazines they sold and sealed his fate forever.  It is now an empty lot and it had to wonder if any of the neighbors are aware of its connection to literary history.

Finally, we dropped by the Way Station, everybody's favorite tardis bar.  Proprietor Andy Heidel, who was formerly in publishing, explained that just before it opened, they realized the entrance to the toilet was right by the bar.  So, to disguise that fact, they put in the front of a police call box before it.  Thus making the bar a geek destination.

One martini later, our day was done and we went off to stay with friends David and Francie.


Above:  The vacant lot where Asimov became a writer gonnabe.  May the spirit of the place bless both you and me.