Night of a Billion Stars 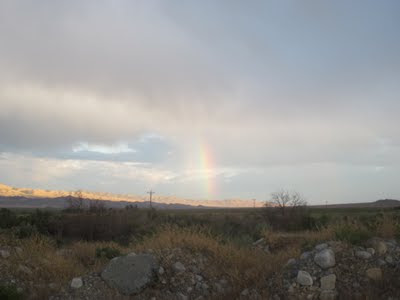 I have  been to the mountaintop and seen the lights of the holy city.  I have traveled through the Secret Pass and heard the waters of the Secret Creek.  I have been to Poverty Gulch and returned.

There's the problem with going into the Great Empty at the heart of America.  After a time, all that emptiness, those meaningless vistas, that free-floating nihilism call up a response from within.  A spiritual fire infuses all one sees.  Place names turn to allegory.  That's where all those religious loons come from -- that and the fact that so many of our ancestors were religious loons to begin with, before they got kicked out of Europe.

Last night, I went up on Mount Wheeler to do some star-gazing.  Standing in one of the darkest spaces in the lower forty-eight I saw the stars the way they were meant to be seen.  You . . . okay, here,\'s an example:  If you follow the pointer stars of the Big Dipper, you'll come to the North Star, which is the last star in the handle of the Little Dipper.  Once you have both of them clear in your mind, the string of stars in between the two constellations reveals itself as Draco, the Dragon.

Only it rarely does.  It has to be an extremely clear night to see more than two or three of its stars.

But last night I could see all of Draco, and the myriad stars between it and the two dippers as well.  The Milky Way was a great cloudy arch of stars looping overhead from horizon to horizon.  There were five, ten, fifteen times the number of stars you normally see.  It was a glorious experience to look up and see what looks to be the entire universe.  You think about infinity.  You think about life on other worlds and what it might be like.  You think about alien civilizations.

Me, I looked up at all that astral glory and wanted to create science fiction all over again from scratch.  And made me want it to come out exactly as it did.  It's a pretty good genre.  I have no complaints about it.

When I was a kid, I used to chase after rainbows.  Not that I believed there was a pot of gold at the end -- I knew that was a lie.  But from something I'd read, I conceived the notion that where rainbows touched the earth, they formed a circular rainbow, in sort of a rainbow pattern.

Yesterday I saw a rainbow, so I chased it.  In my car.  To take snaps.  There's one of the pictures above.

I love reading your blog entries. You always open my eyes to the intriguing mysteries of our everyday world. Much like your novels, in fact. Thank you for sharing it with us.