Coming Soon to an Inter-Tubes Near YOU! 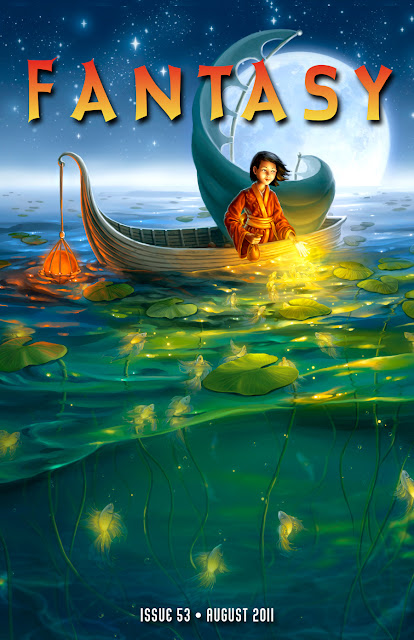 First things first.  Brand-new up is a podcast of my story Ancient Engines at Drabblecast.  "Ancient Engines" is a particular favorite of mine because it's based on a a story that my late father-in-law used to tell on himself, about going to view a locomotive in a science museum.  It lost the Hugo and Nebula Awards and the Locus Poll as well. But it won the Asimov's Readers Poll, so all in all it did pretty well by me.

You can find Drabblecast here.  Or you can go straight to the story here.

My other piece of e-news is that the story which won me my first major award (a Sturgeon), The Edge of the World, is scheduled to be re-e-printed (if that's actually a word) in Fantasy Magazine on August 22.  Or you can buy the entire issue in downloadable format for just $3.99.

All of which can be seen or done here.


Above:  A very nice cover for Fantasy Magazine.  But you already figured that one out.

At what point in your career did 'lost' get substituted for 'was nominated for'?

Roughly around the time when I simultaneously realized that I'd lost more major SF awards than anybody else in history and that I was never going to come anywhere near Connie Willis's number of wins.