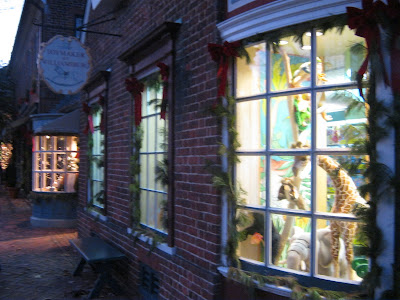 I'm in Williamsburg, Virginia, for a memorial service and, oh, how the memories come flooding back of those golden college days!  Of course, I went to college in the Sixties, so my memories probably aren't much like yours.  Here's one:

My junior year in college, I lived in Old Dominion Dormitory -- known informally as "O. D. Dorm," though nobody ever made the tacky movie the name cries out for -- which, oversimplifying some and doing a great injustice to the serious scholars who lived therein, might be characterized as the Animal House for freaks.  One evening I came back from the shopping center to discover that the entire dorm was surrounded by police cars, lights flashing.  "Excuse me," I said to an officer.  "I live in there.  Could I possibly get past --?"

He turned a face cold with outrage toward me.  "No!"

Oh-kay, I thought.  Giving the peace officers a wide berth (always a good tactic in those days) I circled around the dormitory, trying to figure out what was going on.  And on the side of the building facing Richmond Road, I saw enormous white letters had been freshly painted on the roof, as large as they could possibly be made, reading:


K I L L  C O P S
Obviously this was not a dialogue I wanted to enter into.  So I went to another dorm and found a friend who was willing to put me up for the night.  By morning, the cops were gone and the roof had been mysteriously repainted black.  Later, a friend of mine admitted to painting the roof and told me he was in the dorm attic on his way down when he heard the police noisily approaching.  So he dropped into the roofless sub-attic room of another friend (long story) and gestured for silence.  Eventually, he too made his way safely back to his own room.

Wild horses would not get me to divulge the guilty party's name.  It wasn't me, though.  I was at the shopping center, buying toothpaste.

Above:  The toy store on Duke of Gloucester Street.  Known to the local students as "Dog Street."