"Andrew of the Ginger Hair" on Writing. 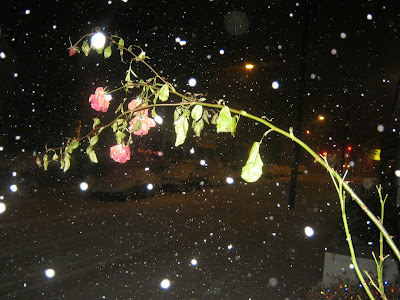 It snowed.  Boy howdy, did it snow!  And as a result I can't leave the house, go to the store, answer my emails, or do any of those work-like things.  I'm snowed in.  I have no choice but to goof off.
One goof-off thing I've been doing over the past couple of days is to explore the possibilities of my brand new Nook.  Why that, instead of some other brand of e-reader?  Because Tom Purdom bought one and believes in it, and if it's good enough for Tom it's good enough for me.  I've been downloading books from Project Gutenberg which posts only books that in the public domain.  Eccentric things, mostly, because I plan to use the device primarily when I'm traveling and that's when I'm in the mood for eccentricity.  So I've downloaded about twenty of Andrew Lang's books.
One of which is a lecture titled How to Fail in Literature, originally published some one hundred twenty years ago.
Here are some of his observations on getting started as a writer:

There is no more frequent cause of failure than doubt and dread; a beginner can scarcely put his heart and strength into a work when he knows how long are the odds against his victory, how difficult it is for a new man to win a hearing, even though all editors and publishers are ever pining for a new man.

One thing, perhaps, most people who succeed in letters so far as to keep themselves alive and clothed by their pens will admit, namely, that their early rejected MSS. deserved to be rejected.

Faint and fleeting praise, a crown with as many prickles as roses, a modest hardly-gained competence, a good deal of envy, a great deal of gossip -- these are the rewards of genius which constitute a modern literary success.

(Though the science fiction and fantasy genre is less rough in terms of envy and gossip than the mainstream is.)
Also:

Editors and publishers, those keepers of the gates of success, are not infallible but their opinion of a beginner's work is far more correct than his own can ever be.

How little has changed in the last six-fifths of a century!
All of the above is from the build-up section of Andy's essay.  I may post some of his actual how-to-fail advice in a day or two.
And speaking of the annual Godless Atheist Christmas Card contest . . .
The competition this year is brutal.  So much so that I disqualified a photo of a friend-and-family posing in front of a dinosaur in a natural history museum simply because the dino was wearing a scarf!  That's how strict a set of standards I had to establish just to keep from being overwhelmed.
The traditional and not at all nepotistic Blue Ribbon Panel of Family will meet soon to make the final decision.
Above:  Remember the last roses of autumn, as depicted here on November 25?  Here's what they look like in winter.
*
Posted by Michael Swanwick at 8:49 AM

From all the advice I see out there about getting started as a writer of fiction, it seems that insecurity, impatience and a festering ego claim the careers of more would-be writers than anything else. I bet that if more people considered it a hobby first before trying to make a career out of it, there'd be less carnage.

I've seen many writers with the talent to make it who never did because the first time a story was rejected, they put it away in a drawer.

Which may be all to the good. You don't need a brass hide to make it in this business. But you DO need to be able to fake having one.

It's a full twelve inches. That's forty-eight times the accumulation it takes for Richmond,Virginia, to declare a snow emergency and apply for Federal disaster money.

Wolves have been seen passing silently over the snow and there are rumors that deadly albino Arctic panthers have crossed over the border from Canada. Also, some say that bears have discovered fire -- but I'm not buying that one.

So I'm going to brew myself another cup of tea and shelter in place.