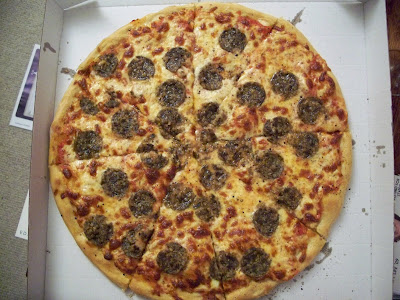 I saw two great pieces of theater today and they couldn't have been more different.  The first was Simon Callow's Shakespeare, The Man From Stratford.  It's been getting rave reviews and deserved them.  He received a standing ovation and yeah, that too.  Using the "seven ages of man" monologue as a structuring device, he delivered what is essentially an essay on the life of Shakespeare, flowing from the life to an appropriate "greatest hit" monologue to illustrate the internal life of the Great Man.

Callow had the audience with every word.  Brilliantly done.  But I figure he mostly did it to pad his resume:

Then it was off to the Scottish Falsetto Sock Puppets.  (You can find them on YouTube, if you have the initiative.  Or so I am told.)  I laughed like a child.

In fact, if you can imagine a really well scripted sock puppet entertainment for children, only with the frequent use of the word "shit" and other expletives, then you've got a good idea of the show.  Even as I was laughing, I was marveling at how nearly identical this reaction was to the laughter I would have experienced as a child.

And for exactly the same reasons.

Where Marianne and Gail and Rob and I had haggis pizza for a late supper.

Do you doubt me?  Do you dare to doubt me?  There it is, the distinguished thing, up above.  With cracked pepper.

I daren't doubt you or your haggis pizza. Oddly enough, the idea of haggis pizza doesn't seem all that bizarre. Haggis pizza actually sounds more appetizing than just haggis.

I love haggis bit don't GET vegetarian haggis which seems so wildly beside the point.