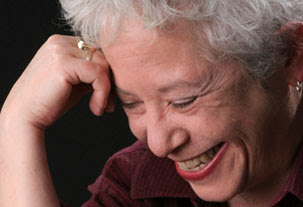 My pal Janis Ian has written all her friends and colleagues, asking us to help publicize her new website.  It has tons of content, including articles, free downloads, streaming music, lyrics and chord charts.  Plus things to buy in her store.  Which benefits not Janis but the Pearl Foundation (named in honor of her late mother) which funds college scholarships.  "Hopefully," she writes, employing the new, rather than the traditional meaning of that adverb, "the entire site is geared not just toward showing you how fabulous I am (which we knew already...), but toward providing content for other artists, particularly young ones, who may find it helpful to avoid my many mistakes."


You can find it at www.janisian.com.  Or just click here.

And why am I so cooperatively helping to flog Janis's new site?  First, because she is, as I say, a pal.  Second, because only yesterday I went onto the web to listen to some Antarctic radio and the first song that came up was "At Seventeen," so when her email arrived I was already thinking about her.  And third, because it gives me the chance to re-retell one of my favorite stories:

Some time ago, Janis breezed through Southeastern Pennsylvania on tour and so Gregory Frost and I went out to dinner with her.  Lively conversation ensued.  At one point, something either Greg or I said so astonished Janis that she exclaimed, "Writers have even bigger egos than musicians!"

"Musicians," I explained, "have to be able to play well with others.

Soon.  I apologize for not posting yesterday as promised.  I started proofing the Tor reissue of Stations of the Tide and didn't stop until it was done and my work day was over.  So I guess I've got a moral obligation to make my next several posts particularly interesting, huh?

I will take any excuse to talk about Stations of the Tides with my friends! I don't suppose there's a high quality image of the cover painting floating around the internet?

Of course what I remember was being introduced to Janis at the Millennium Philcon. She was sitting at the bar chatting to you, Michael. And I moseyed on up and sat down, and you asked, "Have you met?" I said no. You said, "This is Janis Ian." Long pause as you two continued with your conversation and I stared, until finally I interrupted with "Excuse me, Janis Ian as in 'Society's Child'?" Janis said, "Yup," very matter of factly. And I believe I said, "My god, I'm talking to an icon."
And then we arranged for her to meet Connie Willis, and she went 100% fangirl, which was a wonderful thing to behold, because it showed me how we all have our collected facades, but somewhere there is a person who will cause us each to melt down.

I was introduced to Janis by Mike Resnick and my response was, "THE Janis Ian?"

I believe that when Mike told his daughter that he was in correspondence with a musician named..." she said much the same thing. Alerting him to treat her with appropriate respect.

As for urbane ... I've known Greg for decades and the very worst you could say of him is that he's been unfailingly and naturally and unaffectedly urbane. I envy him that quality. But then, I envy Stephen Hawking his skill at math.

Nevertheless, I will treasure that moment when I was talking with Janis and for a brief instant more urbane than Greg. Which lasted only as long as it took me to introduce the two. But still.

Yup, that was me, too when I met Janis. And we goggled back and forth for a bit (that's NOT googled!), both being fangirls. Then we settled down to a lovely friendship. She's good at friendships, turns out.