Love, Death & Robots at the Emmys 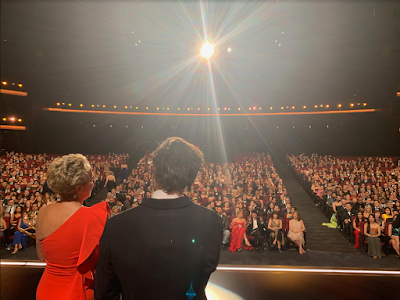 You may remember that some where ago, my story, "Ice Age" was made into a live action/animation hybrid for the Love, Death + Robots Netflix series.

Well, I have just heard from the series creators at Blur Studio that their series has won four Emmys and was nominated for a fifth. "Creating all 18 stories truly took a global village," they wrote in an email to it must be hundreds of people, and congratulated everyone involved.

My personal involvement lies somewhere between minimal and nonexistent here. But they did a beautiful job with my stoy--and the other 17--so I thought I should pass along their happiness.

Congratulations to everyone who did the real work!

You can read all about it here. 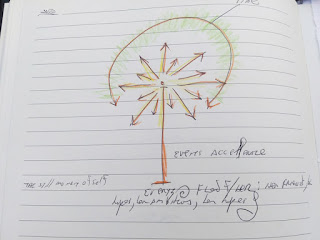 the still moment of self

Everything fled from her: her [something], her hopes, her ambitions, her hopes of

My best guess is hat his is the moment of incursion when Caitlin passes through Hell Gate and everything changes. But it's also pretty clearly a map of the universe as experienced from within the self during an instant of perfect awareness. The green line is labeled Time.

The incoherence of the third line indicates how fast I was scribbling down this insight, hoping to pin it before it faded.

At the bottom of the page, where you can't read it, I later noted (a chimneysweep universe); this was a reference to the Elizabethan word for dandelions.