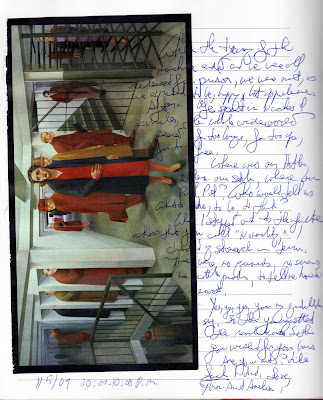 Another extempore story, this one written half on an illo cut from a magazine so it would be obvious that it was single-draft:


When the tyranny of the machine ended, and we were all released from prison, we were not, as we expected to be, happy, but apprehensive.  After a life spent in niches and cubicles, the whole wide world seemed far too large, far too open, far too free.
Where was our Hitler, where our Stalin, where our Pol Pot?  Who would tell us what to do, to be, to think?  When I stepped out into the infinite chaos that you call "Normality," I clutched my stomach in terror.  There were no guards, no screws, no cattle prods to tell me how to react.
Yes, yes, yes, you my grandchildren say.  So then you regretted the revolution.  So then you wished for your bars.
Are you nuts?  Like fuck I did.  Love, your Aunt Amelia.

So I wrote that in a minute!  Not entirely bad.