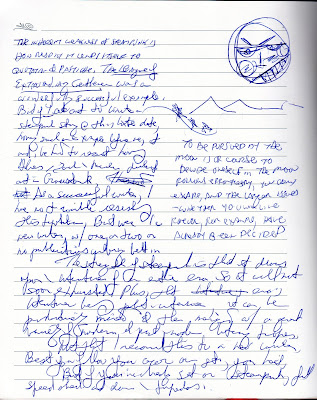 The inherent weakness of steampunk is how readily it lends itself to quotation and pastiche.  The League of Extraordinary Gentlemen was a wonderfully successful example.  But if I set out to write a steampunk story at this late date, having such an example before me, it would be hard to resist having Holmes and Jack the Ripper fight it out in Graustark.  As a successful writer, I have no trouble resisting this temptation, but were I a new writer, with one or two or no publications under my belt . . .

The strength of steampunk is that it draws upon the literature of an entire era.  So that it will not soon be exhausted.  Plus, that era's literature being plot-intensive, it can be productively mined and then merged with a great many modern and post-modern literary tropes.

Not that I recommend this to a new writer.  Best that you follow your own star, your heart [or maybe "best"].

But if you're already set on steampunk,  full speed ahead and damn the torpedoes.

This, I believe, shows you exactly how dreadful my first drafts are.  But it explains why my handwriting is so bad.  I'm trying to write as fast as I can think.  So there's not the time to be lucid, either physically or logically.

Again, this is an essay I never got around to writing.  It turned out I didn't have anything essential to say on the subject.


And a rather better bit of writing:

To be pursued by the moon is of course to delude oneself . . .  The moon follows effortlessly, you cannot escape, and the larger issues -- whether you will live forever, for example -- have already been decided.

This was written for Hope-in-the-Mist, my study of the fantasist and poet Hope Mirrlees.  I don't think I used it, however.

I'm quite pleased with the cartoon of the fugitives being pursued by the moon, however.

That is a *very* evocative Moon. Bravo, sir!