An Empty House With Many Doors In Other Worlds Than These 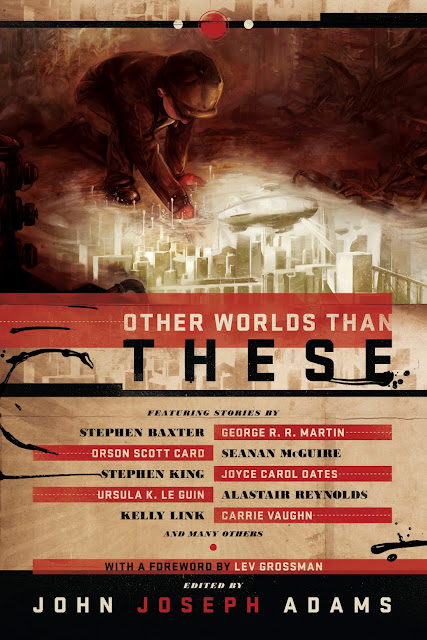 My story, "An Empty House With Many Doors" has been reprinted in John Joseph Adams' new anthology of alternate universe stories, Other Worlds Than These.  To promote his volume, the editor asked contributors for brief interviews about their stories.  So I sent in a four-question interview, explaining that my piece is a love letter to my wife.

There are seventeen interviews and they're all posted here.  You can read my interview here.

The Bureau of Laboratories for the Commonwealth of Pennsylvania held their annual picnic yesterday, and of course I went.  Thirty-five years ago, back when it was located in Landis Hospital in Philadelphia, I was their single most disgruntled clerk-typist.  That's where I met a rising young technocrat named Marianne Porter.  So every year I go back to see old friends.

One of whom asked me a few questions about my writing.  Did I know the author of the Harry Potter books? she asked.  Well, J.K. Rowling doesn't hang out with working writers much, since she became one of the richest women on the planet.  How about Danielle Steele?  Um... no.  "But I do know George Martin.  You know, The Game of Thrones?  On HBO?"

And it struck me then that it's only common sense to stay on good terms with friends who make it big.  Just so you'll have something to say when somebody asks, "Do you know...?

Just last night, learning that an academic's husband (himself a Milton scholar) was scarfing down George R. R. Martin's books, I was able to say that I knew Martin (slightly)back when he enjoyed a reputation as the young-Turk short fiction writer who =hadn't= sold out by using his reputation to get a contract for a novel.

There's a strange disconnect when talking about your famous friends to someone who only knows them by reputation. Everything you think is interesting about the Famous Ones is far too nuanced and complex for the conversation.