Raise a Glass of Dandelion Wine . . . 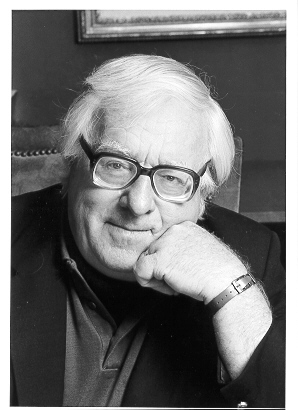 I was quoted in today's front-page Philadelphia Inquirer article marking the death of Ray Bradbury, and thankfully though my comments did not rise to the soaring heights that the best tributes reached, neither did I say anything stupid.  Nor did anyone else, though the bracketed insertion into one of the observations that Darrell Schweitzer made ("showing by example that it was not merely OK but a superior means of storytelling for the [science-fantasy] writer to get in touch with genuine feelings") showed that the newspaper writer entirely missed what Darrell was saying.

No, not just for the science-fantasy writer.  For any writer.

Bradbury was unique in that his fame transcended genre while he remained adamantly within that genre.  Asimov, Heinlein, and Clarke became world-famous -- but as genre writers.  Vonnegut became world-famous -- but only by denying that he was a science fiction writer.  Bradbury was acknowledged to be a major American writer -- no genre qualifiers -- while never denying that what he wrote was (for the most part; and definitely for the better parts) science fantasy and horror.

Good on you, Ray.  Wherever the barque of your fate takes you now, may the wind be at your back and water foaming white to either side.

You can read the Inquirer article here.

And other tributes to Bradbury pretty much everywhere.