Write What YOU Know 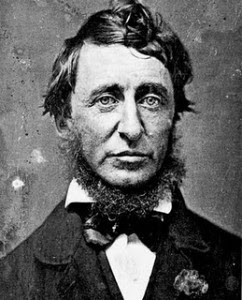 So yesterday I asked you who first advised gonnabe writers to "Write what you know'?  As expected, nobody guessed.  That's because, though the aphorism is thrust upon us with all the force of Authority, nobody ever actually cites the original authority.

Immortality. I notice that as soon as writers broach this question they begin to quote. I hate quotation. Tell me what you know.

Which is actually good advice.  If modernized to, say, vampire novels, it would urge you not to write vampires which are imitations of Anne Rice's or Charlaine Harris's or Stephanie Meyers's vampires but to "write what you know" about vampires.

And, incidentally . . .  those teachers who took "write what you know" and used it as a club to drub you about the head and shoulders for writing fantasy or science fiction?  They were completely wrong and deserve no more than a D-minus and possibly quite less.


Above:  There he is, the man himself.  Ironically his remark is usually misquoted as "I hate quotations. Tell me what you know."  This is why the original can be so hard to find.

The problem, of course, is that most people don't even know what they know. That is, they can't discern the difference between their knowledge and a collection of easily consumed and digested factoids that someone else has produced for them. Of course, if it was easy to tell the difference, they wouldn't pay us writers to figure it out for them.

Um, the picture is actually of Henry David Thoreau :)

Ralph Waldo Emerson may not have read much Delany or Bester or Swanwick...or even Mr. J. Verne :)

I also think I'm correct in saying that Emerson once advised John Muir to stop wasting so much of his time out in the 'wilderness'. I'm also reminded of Einstein's famous words: "The only thing that interferes with my learning is my education." Listening too earnestly to ones elders can become a very bad habit. ...oh yeah, never, never, never end a sentence with a preposition! I wonder what would happen if someone actually did such a thing?[...and, anyway, where did that goofy advice come from? (sic)]

re: the photo: all transcendentalists look the same to me anyway. Did anyone in Concord at that time own a comb?