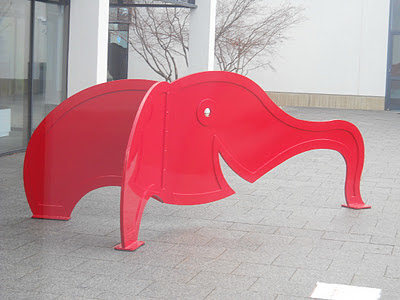 I had an eminently satisfying day yesterday.  It began with a visit to the Carle Museum to see the show of Jules Feiffer's children's book illustrations  Then Marianne and I jaunted up to Shelburne Falls, Massachusetts, to ogle the glacial potholes.  A few of which are shown below. 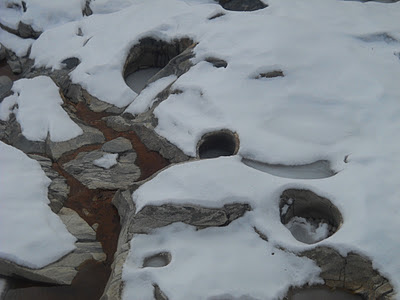 Which (along with many other such features) exist directly below the falls: 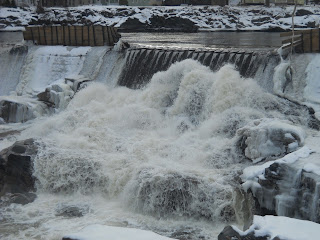 You've noticed the snow.  I came from Philadelphia which is cold but snow-free, so tromping about a small town where many of the sidewalks are covered with snow that's been trodden down to ice was like making a trip to visit winter.

After a late lunch at the Foxtown Diner, we hit the road again, traveling by small back roads and stopping in the occasional bookstore.  Dinner at  seafood restaurant, where I had Rhode Island clam chowder for the first time, and back to the hotel to veg out with our new used books.

So I did not one virtuous thing all day.  It was great.

Above, top:  "The Red Elephant" by Mo Willems, in front of the Carle.