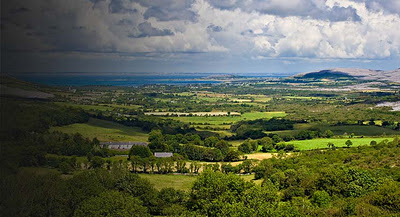 So what kind of guy was Isaac Asimov to work for?  I asked Gardner Dozois, long-time editor of the man's eponymous magazine, this question during an interview at Capclave once.  Here's what he said:


Isaac was great to work for.  For one thing, he didn’t really meddle with the editorial content of the magazine at all.  Which from my perspective was fine, because most of the stuff I was buying he would not have liked, if he actually read any of it.  He was smart enough to hire people that he trusted, and then not interfere with them.  Which is very, very rare in today’s society.

He would come into the office once a week to pick up the letters, because he answered the letters for the letter column.  It was always a big event when Isaac showed up at the office.  People from all other departments, crosswords magazines and everything, would get excited because Isaac was coming into the office.  He would arrive and you could hear him whistling and singing down the hallway.  He would do Gilbert and Sullivan songs.  He would do little dances, while he was coming down the corridor.  He would make up limericks on the spot for whoever was in the office.   He would make up often insulting, mildly risque limericks about them, and he would make up little poems which he would recite, and then he would pick up the mail and he would sing off down the corridor.  That would be about it, actually, for our dealing with Isaac.

But he certainly was a good boss to work with.  He left you alone.  He was entertaining when he showed up.  You can’t ask more from a boss than that.

Which is, from everything I've ever heard about the man, absolutely true.   But there's a coda to this.  Sometime later, I was talking with someone who knew Asimov well and who said, "When people learn I knew Asimov, they'll gush about how they met him once and he came up with a limerick for their name on the spot!  Well, of course, what he did was to make up a lot of limericks beforehand for all the common names and then just trot one out when the occasion called for it.  But they were all limericks he'd made up himself, and having them on tap in itself shows just how smart a man he was."
And speaking of limericks. . . .

We've received some beauts already.  But there's still time to enter your own in the contest here.  The rules are that that the limerick must be:

Multiple submissions are not only allowed, but encouraged.  The world can use more light-hearted wit.  Particularly during an election year.

Above:  A glimpse of the beauty that is Limerick, Ireland.