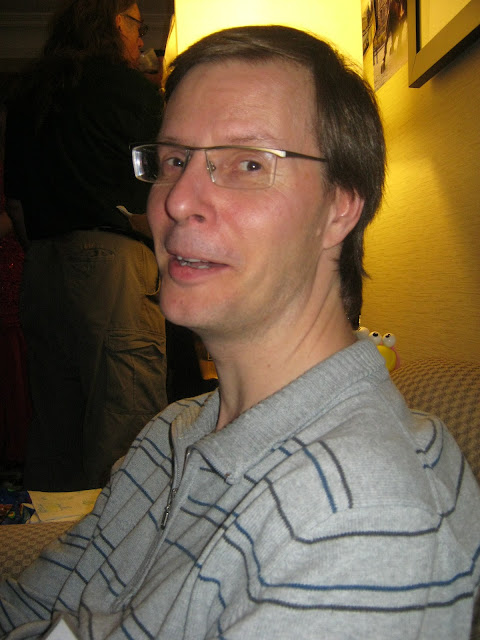 I'm on the road again -- only, this time I'm coming home.

SFContario was an enormous success.  I'd thought I would be a great first-con guest because I was aware of how many problems the first iteration of a new convention inevitably has and so wouldn't be offended by them.  But the convention was one of the most smoothly-run I've ever attended.  So they could've had somebody far grumpier for their goh. 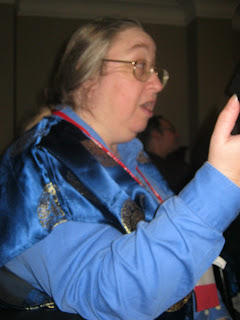 Saturday night, at Geri Sullivan's exotic-beer-tasting party (sponsored by every current Worldcon bid and a whole raft of past Worldcons), I sat and talked all evening with Karl Schroeder (pronounced "shrader," incidentally) and Jo Walton.  Which reminded me of an incident thirty-plus years ago, before I had published my first story:

It was at a Disclave and on a Sunday afternoon.  In an hour, we would all be gone, on our way home. There was an airy room, part of the con suite I think, with open windows and big wicker chairs and a gusty wind filling it all.  Gardner Dozois sat on one, Joe Haldeman in another, and George R. R. Martin in a third.  They discussed art and literature and science fiction in an Olympian manner, while we groundlings, gonnabes, and fans crouched at their feet worshipfully, snatching at the crumbs that fell from their mouths.

So finding myself in exactly the same situation with Karl and Jo (who are both smart as a whip!) really brought home to me the circle of life.


And it turns out that I owe Peter Watts an apology . . .

I ran across Peter exactly once during the convention -- and bitterly regret it wasn't a dozen times; he's a very likable and impressive guy -- and apparently he has Google Alerts on his own name because he told me that, contrary to my recent posting that I'd never encountered him, we had met eleven years ago at ConSpec in Edmonton.  Worse, he remembered the conversations we'd had in detail.  Worse, it was clearly a conversation worth treasuring.

I, meanwhile, remember nothing.  Complete strangers come up to me on the street and say, "You don't remember me, do you?" and when I admit this is true, say, "I'm your sister."