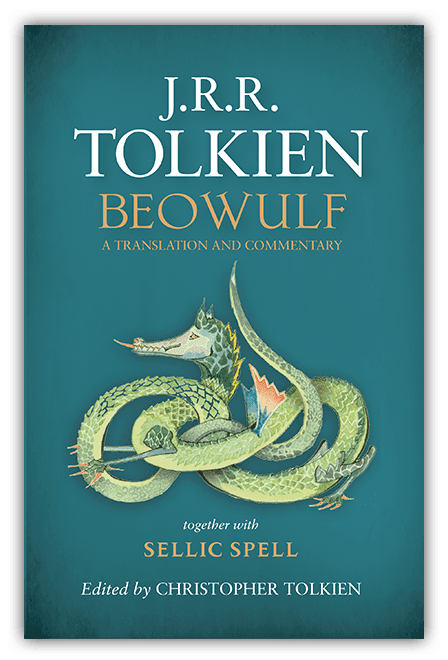 I have just received, thanks to Big Blue Marble in Chestnut Hill, my copy of J. R. R. Tolkien's translation of Beowulf.

For those who are looking for consumer advice on whether to buy it or not, I will posit a single simple question:  How many translations do you already have?  If the answer is fewer than two, you can probably wait until you run across a copy in somebody's yard sale.

But Beowulf lay at the heart of Tolkien's vision and The Lord of the Rings lies at the heart of modern fantasy, so this is important to those of us who geek out on such things.

I've been waiting for this book for decades, and so I'm not going to rush through it.  But already I've read Sellic Spell ("Strange Tale"), which is the great fantasist's attempt to recreate the story he imagined may well have preceded the poem.   And it was a surprise and a delight.

The prose, to begin with, is bright and crisp, much better than such imaginings usually produce.  (Apparently, he wrote it first in old English and then translated it into modern English.)  But mostly it's full of surprises.  Did you know that Beowulf was raised by a bear?  Or that that he got his name because of how bearish he was?

Here's the description of the hero as a boy:

. . . the child grew to a surly, lumpish boy, and was slow to learn the speech of the land.  He would not work, nor learn the use of tools or weapons.  He had great liking for honey, and often sought for it in the woods, or plundered the hives of the farmers; and as he had no name of his own, people called him Bee-wolf, and that was his name ever after.


This is terrific stuff.  I'm going to enjoy this boy tremendously.