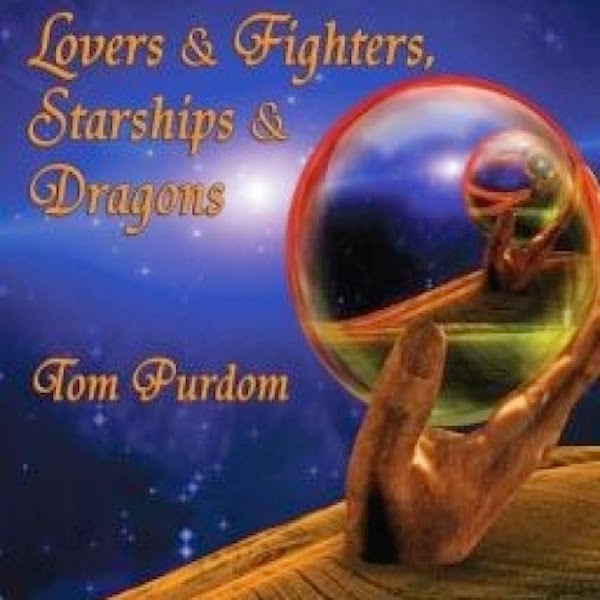 Tom Purdom, who has been writing and publishing science fiction for over fifty years -- the number of people who can make that claim constitute a very small and illustrious club -- has just started getting reviews for his first collection, Lovers & Fighters, Starships & Dragons, published by Fantastic Books.

But before I get to that, let me once again share with you the blurbs that I and some of of Tom's other admirers gave his book:

"Very simply, Tom Purdom IS science fiction. His ever-inventive stories are cut from the cloth of it and sewn with the skill of a master." —Gregory Frost


"Tom Purdom made his first professional sale all the way back in 1957. It's hard to think of any other member of his generation whose current work is frequently mentioned in the same breath with that of writers such as Charles Stross, Greg Egan, and Alastair Reynolds, many of whom were not even born when Tom started his professional career, but Tom's is. In fact, for sweep and audacity of imagination and a wealth of new ideas and dazzling conceptualization, Tom Purdom not only holds his own with the New Young Turks of the '90s and the Oughts, he sometimes surpasses them. And unlike some of today's Hot New Writers, Tom's work never fails to ALSO feature fascinating and psychologically complex characters, and intrepid investigation into the human heart." —Gardner Dozois


"Tom Purdom is the most underrated science fiction writer I know of. His short fiction delivers again and again with great plots, characters, and an imagination both cosmic and delicately complex." —Jeffrey Ford


"Purdom has created a major body of work. Thoughtful, humane, intelligent, extrapolative, involving, his stories are exactly the sort of thing our genre exists to make possible. If you don't like Tom Purdom, you don't like science fiction. Period." —Michael Swanwick


That's what we said.  But how would people who were not necessarily admirers of the man's work for many decades respond?

Well . . .  Over at Analog, reviewer Don Sakers said, "The twelve SF stories in Lovers & Fighters, Starships & Dragons are a perfect blend of really cool ideas and believable, sympathetic characters. Beyond that, Purdom doesn’t shy away from exploring the moral and ethical choices of his characters.... Definitely recommended."

Andrew Andrews at True Review summed up the book by saying, "Tom Purdom has assembled a great collection of tales."

And a medley of reviewers at Library Thing wrote things like:

"Before receiving this book I had never heard of Tom Purdom but I’m very glad that I have now. All of his stories, no matter how out there and fantastic they are have a solid, grounded feeling to them, you are reading about real people with real motivations and even when the characters or situations are completely alien they are relatable."

"Purdom writes about characters; while there is obviously a science fictional basis for every story, the primary point is how the characters relate to one another. Frequently one or more of those characters have modifications that make them behave in a certain way emotionally or physically, and the point of the story is to examine how they interact with other, unmodified people."

"I've enjoyed Tom Purdom's stories over the past few years as they've appeared in Asimov's Science Fiction Magazine, with which I struggle to keep up. However, this volume gives me a much stronger sense of him as a writer, and a much stronger sense of his -- heretofore unrealized by me -- admirable range. Prior to reading this book I would have characterized him as an enjoyable creator of alien races, but someone you would read and like and quickly move on from, rather than as a writer you would actively seek out for another throat-grab. This book has changed my mind. In a rare occurrence, the blurbs on the back cover of Lovers & Fighters, Starships & Dragons are true: Tom Purdom is seriously underrated. He was underrated by me, for one. "

"There are several other outstanding Purdom works that could have been included in this book. For now, this is a good start in recognizing a writer too long ignored. Every one of these stories, first published in Asimov’s Science Fiction from 1992 to 2012, is worth reading."


So why do I share these reviews with you at such length?  Simply because it gives me the opportunity to say something I've been waiting forever to write:

You can read the Analog review here, the one from True Review here, and the Library Thing reviews here.


And speaking of Catherine Asaro . . .

I've just heard from everybody's favorite purveyor of romance-and-hard-science SF novels that she's launched a Kickstarter campaign for her science fiction collection Aurora in Four Voices.  This was a limited-edition small press book containing five stories and novellas (the title comes from a Hugo and Nebula nominated novella) including the Nebula winning "Spacetime Pool," plus an essay on Catherine's use of mathematics in her fiction.

Technically, the book isn't unavailable -- ABE has one copy listed for seventy dollars plus shipping from the UK.  But if you'er a fan of Catherine Asaro and don't already have a copy, the audiobook is probably your best shot.

You can find the project here.  It looks to be doing well.