Three Tears for Writers (Plus A Free E-Book!) 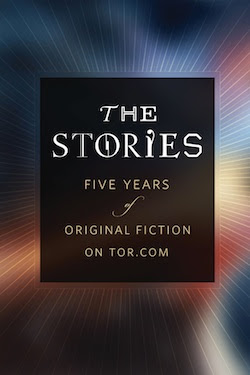 It's been another thousand-mile week, but I'm home again and so I'm happy.  Readercon was pleasant for the company but unpleasant in that there was nowhere to sit and talk (the bar and the lobby had both been sheet-rocked shut while renovations were theoretically being made).  A friend asked a committee member why they didn't put some extra chairs in the open space in front of the main programming and was told that they'd put in a request to the hotel for that to be done.  But it wasn't.  And, after the fact, it occurred to me to wonder why the hotel didn't put a portable bar, like the one used for the Friday night party, in an unused programming space.

The book sellers were happy, though, because the only space to gather was in the huckster room, so they made a lot more sales than usual.

If you're an ebook reader, you're going to like this one.  The good folks at Tor.com are celebrating its fifth anniversary by giving away a free downloadable ebook containing all the fiction that they've published online in the last five years.  That's one big anthology.

Also a good one.  Tor.com is currently one of the top-paying markets for fantasy and SF short fiction in the world.  And -- here's an inside trade secret -- most of the very best writers in the field send their work to the highest-paying markets first. (Aspiring publishers, take note!)

You can find out all about it here.

Over the weekend, I snapped photos of three of the major critics in our field holding their favorite tipple.  You guessed it . . . 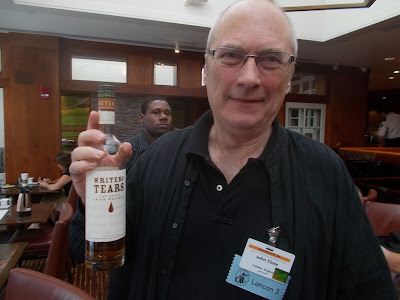 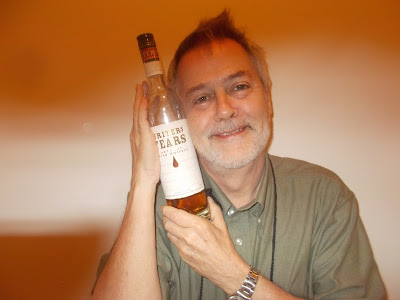 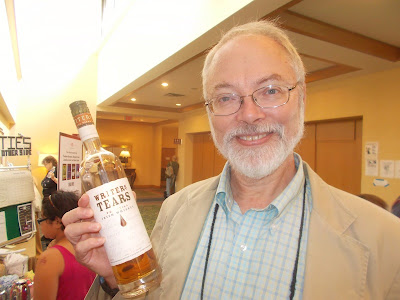 Posted by Michael Swanwick at 8:39 AM

I noticed that the tears are tinted with something... blood?

And more than a soupcon of sweat.