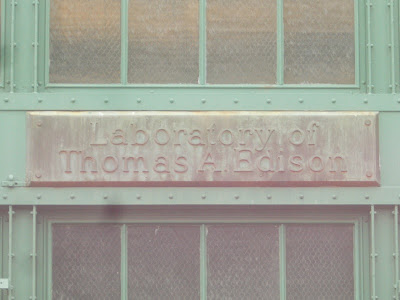 I was in New York for a family christening this weekend, so on the way home I stopped by Thomas Edison National Historic Park in West Orange, NJ.  A place which, inexplicably, I had never visited before.

Alas, the park is only open Wednesdays through Saturdays, but I prowled around the outside anyway.  Through the chain link fence I saw a slab of the historic concrete from the first concrete highway: 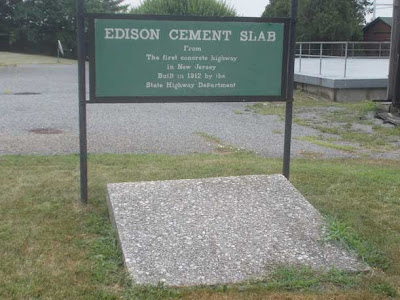 Even cooler, I saw the reproduction of the first film studio ever built, a building quickly nicknamed the "Black Maria" because it looked like a police lockup van and because it was so hot and crowded inside that the actors said they'd rather be in the real thing: 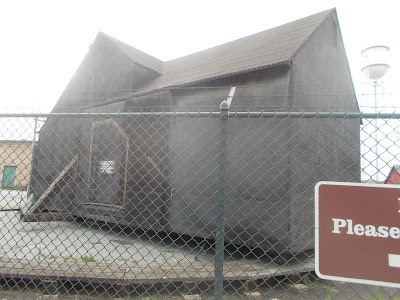 Besides the brick laboratory building, there remains of the complex only one other major building:  A crumbling concrete monster where batteries were manufactured, which most likely survives because the environmental cleanup costs would be exorbitant.

I cannot tell you how moved I was.  My father was an engineer for General Electric (which is what Edison's company became), and I grew up around and sometimes in these kinds of buildings.  This is the Lyonesse of my youth and (a good case could be made) the garden from which much of the science fiction genre grew.

Lyonesse in West Orange! thank you for reminding us that New Jersey is one of the wellsprings of science fiction.