In Which I Witness Cultural History . . . 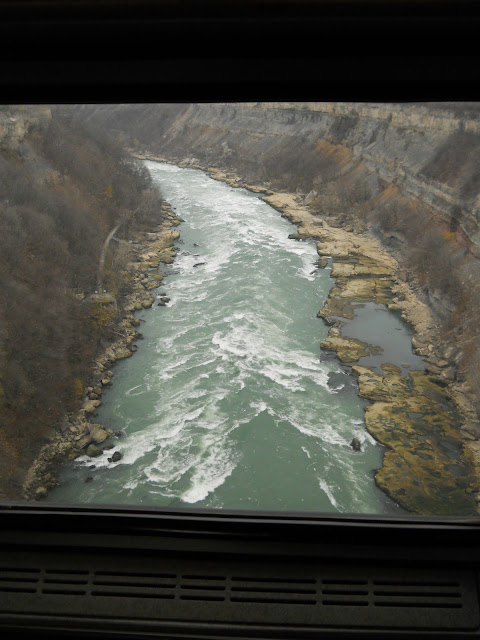 Which makes it ironic that I was present at a historic cultural nerd-moment last Friday at SFContario.  I was at a room party when Lawrence M. Schoen, challenged to translate on the spot, sang Soft Kitty in Klingon for the first time in human history.

You may marvel at my cultural on-linedness.

I just got a look at the lineup for Jonathan Strahan's forthcoming The Best Science Fiction and Fantasy of the Year.  It's not public for a few days yet, but there are some really good names there.  I'd buy it in an instant, if I weren't going to be getting a contributor's copy.


Above:  A fleeting glimpse of the Niagara River from my train window.  It took some seventeen hours to get home yesterday, with no delays.  Still . . . better than flying.

I pray with all my heart that someone - anyone - shot this and posts it. Such moments are the precious treasure of our tribe.

Having worked at a community college though... I was surprised how much they got right. Same with Parks and Recreation and local government.

What impressed me positively about Community was how seriously people who happened to be (say)overweight female Christians of color were taken. Yeah, they were all fools. But in the eyes of God, aren't we all?

This is all Michael's fault, but...

I've not only completed the translation, but I've posted a short video in Klingon and English.