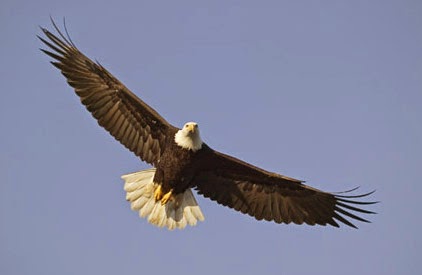 This being the day after Christmas, as is traditional in my house, I have gone birding.

See you on Monday!

I'm back.  Marianne and I went to Bombay Hook in Delaware.  It was a VERY strange birding day.  The sky was purest blue -- and almost perfectly birdless.  We saw raptors on the drive south and on the drive home -- but not a single one within the preserve.  There were no eagles to be seen, which was understandable because there's a single nest there and half the time its inhabitants are elsewhere.  But this may be the first time I went to Bombay Hook and didn't see a harrier.  And since we normally visit in mid-week, it was astonishing how much traffic there was.

Skipping over the drifts of snow geese, the tundra swans, shovelers, buffleheads, etc., there were three unexpected sightings.

The first was a red fox, out in broad daylight, as neat and tidy as a housecat, Walking puposefully through the salt marsh.  He looked briefly our way, dismissed us as not worthy his attention, returned to work.  Forty paces later, he turned into the dry grasses and disappeared.

The third was a screech owl (red morph) that had taken over a bluejay box and was peering out of the opening, a horned and hemispherical puff of feathers.

The second -- and best, if you're a birder -- was an American bittern.  Bitterns are among the most cryptic of birds.  This one was stalking along the edge of the water, a shadow made visible by movement.  When it stepped behind a plant it disappeared.  When it stopped moving it disappeared.  We tracked it along the shore for at least five minutes, a bird with a long, distinctive profile and, if ours was anything to go by, a most successful hunter

So I am happy and hope the same for you.

Don't know if you'd be jealous or not. But our stretch of the Missouri and Kaw rivers have been a traditional winter roost for bald eagles. I see 'em driving around town, I see them down on Brush Creek spotting for sick geese (and stupid goslings). And a friend who lives up near the river east of town had a juvenile that decided her yard was the place to roost for a while.

Kind of cool. The downside is that the bluffs are also a traditional winter roost for crows and blackbirds. And I live in an old neighborhood with large trees. Nothing like having 1500 crows descend on your area for the night.

I'm not jealous, but I do admire your situation. I am a city kid to the bone, but the downside is that if I want to see eagles, I have to drive to Conowingo or Blackwater, round trips that will eat up most of the day.

Not that I'm complaining. When I was a kid, bald eagles were essentially extinct on the East Coast. Their return has been one America's better achievements in my lifetime.

I'll never forget seeing a bittern in a cattail marsh on Vancouver Island, pumping its head up and down between its shoulders as it made that peculiar plumbing sound. It really is, apparently, not a bird that most people ever see.