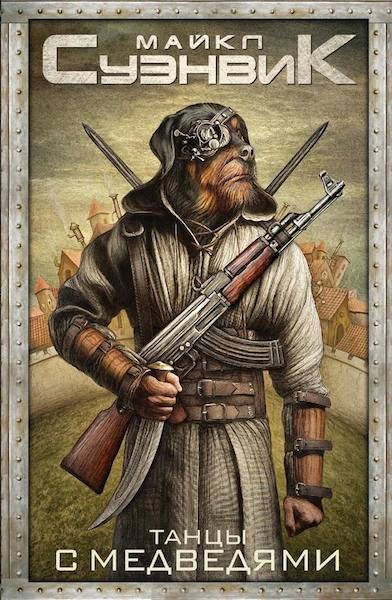 Volodymyr Arenev just now sent me images of the covers of two of my books, forthcoming in Russia.  The first is Dancing With Bears (Eksmo Publishers) and the second is The Best of Michael Swanwick (Azbooka-Atticus Publishing Group).

I am, it goes without saying (but I'll say it anyway), delighted.  I've been to Russia only three times, but it's a country that tugs at the heart.  And of course they have had more than their share of great writers, so the association, however tenuous, with Russian literature is one that any writer cannot help but savor.

Dancing With Bears is set almost entirely in Moscow, a destination that Darger and Surplus, my post-Utopian confidence artists, have been heading toward ever since they accidentally set fire to London in "The Dog Said Bow-Wow."  So I'm really curious as to how Russians and Muscovites (not the same thing; the first joke I was ever told on Russian soil was, "Have you heard that Russia has just opened an embassy in Moscow?") will react to the novel.  I fervently hope they'll like Dancing.  Despite some of the things that happen to their great city in it.

But is that a great cover or what?

As is the cover for my short fiction collection.  Azbooka-Atticus has also signed contracts for an omnibus volume containing The Iron Dragon's Daughter and The Dragons of Babel. 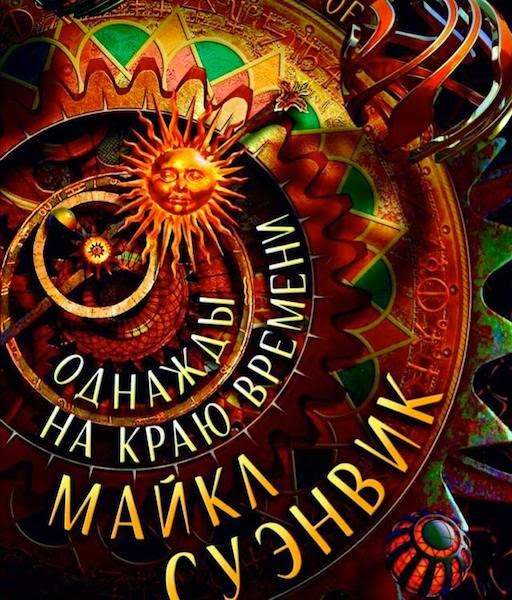 I love the way the Russian editions cover mirrors its English counterpart. Calls to mind visions of a row of similar variations...

btw - I was on holiday in France a while ago, and went to pick up some French language SF by a familiar author as a souvenir. I settled for Terry Pratchett's "La Face Obscure du Soleil" (The Dark Side of the Sun) in the end, but had hoped to find some Swanwick.

Have you been translated into French?

Michael, An Americanized version of that Russian joke about opening an embassy in Moscow would be a big hit on conservative talk radio. Tune into 990 AM or 1210 AM in Philadelphia and then switch to 90.9 FM. You might feel sometimes as if you were tuning into radio transmissions from two different alternate universes. Depressing!

HD, I've been translated into French often. Just not recently. I'll have to write a book that speaks to the French soul.

Sandy, everything you've ever said to me has been worth hearing. But I don't have the gorm to go looking for things that will make me angry. Given the choice, I'll hang out with intelligent conservatives and try to ignore the people they vote for.

Whoa, that's great news! As a Muscovite myself, I couldn't be more excited.

I just hope that they use the better translation of The Iron Dragon's Daughter in the omnibus, though. The most recent one can't compare to the old one.