The Oldest Novel in the World & Its Genre 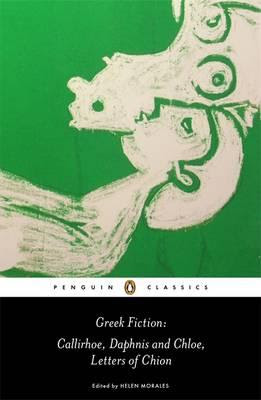 The latest issue of the New York Review of Science Fiction (which, thanks to difficulties with its printer, is also its first issue as an ezine) has an essay by Darrell Schweitzer, titled "Reading the World's Oldest Novel:  Some Further Thoughts About Genre."

Darrell, in order to save you and me the trouble of doing so ourselves, recently read the world's oldest surviving novel, Callirhoe by Chariton of Aphrodesias.  It was written around the first century A.D. and for the sake of saving myself a lot of typing, I'm going to give an abbreviated version of Schweitzer's recap of the plot (all ellipses are mine):

The plot is something on the order of The Perils of Pauline.  Callirhoe, the most beautiful woman in the world is married in Syracuse to the comparably handsome Chaereas ... a jealous, unsuccessful suiter ... convinces Chaereas that Callirhoe is unfaithful.  He, in a fit of rage, kicks her while she is pregnant, and she falls down, apparently dead ... She is buried in a tomb ... Enter grave-robbers, led by the pirate Theron, who ... carry her off ... sells her as a slave ... the wealthy Dionysius ... falls hopelessly in love with her ... Learning that Callirhoe is alive, Chaeras and a companion set out ... are sold as slaves... Egypt revolts against Persian rule ... Chaeras escapes and ... captures the Persian queen ...

Oh, the heck with it.  Even in synopsis, it goes on and on and on while containing no surprises.  But the point Darrell wants to draw our attention to is that Callirhoe is the first book in human history which is unquestionably a novel -- a work of prose of a certain length, telling a single story and intended primarily as an entertainment.  The Epic of Gilgamesh is a myth.  Lucian's A True History, which came later anyway, is a parody of travel writing.  So this is where the novel begins.

And it's a romance novel.

Which contains no fantasy whatsoever.  So much for the pretensions of fantasists -- our genre is not  the root and wellspring of literature, as we like to tell ourselves.  Romance is.

If you stop and think about it, it seems self-evident.  Now that Darrell Schweitzer has pointed it out, of course.


And speaking of Australian speculative fiction . . .

Some time ago, I wrote a blurb for Adam Browne's novel PYROTECHNICON, subtitled Being a TRUE ACCOUNT of Cyrano de Bergeracs FURTHER ADVENTURES among the STATES and EMPIRES of the STARS by Himself (dec'd).  Now, after the usual delays, it's come out from Couer de Lion Publications in Australia.  As you can guess from the title, it's a sequel to de Bergerac's pioneering science fiction classic.  And it's a hoot.

That's all I really need tell you about the novel.  Either you need this book desperately or you don't, and the title should be enough to tell you which camp you fall into.

You can find the book here.

Scholars are still debating whether this or Petronius's Satyricon was first ... but, of course, if one wishes to argue that the Chariton is the earliest complete novel extant, one would be right. The Satyricon survives only in fragments.

Yes, and that fragmented nature makes the Satyricon read like something it was not, a deliberately fragmented experimental work.

My reflexive reaction to the question of priority is to assume that the less-accomplished work came first. G. K. Chesterton would have had fun taking me apart for that one.

DAPHNIS AND CHLOE ist great, by the way. It's the oldest book I really love. Very charming. Not to forget the pretty woodcuts by Aristide Maillol from 1937! A gem!

Daphnis and Chloe certainly has its moments, from what I remember of it (grad school is now many years behind me, alas); I also remember Apuleius's Golden Ass with some fondness, parts of it were excellent (as the curate said).

unless, of course, you consider ALL romance to be fantasy.

One of these days I've got to brush up on formal cladistics so I can draw a cladogram of all literature. It would be a presentation worthy of Irwin Corey.