The Spready Oak of Rising Sun 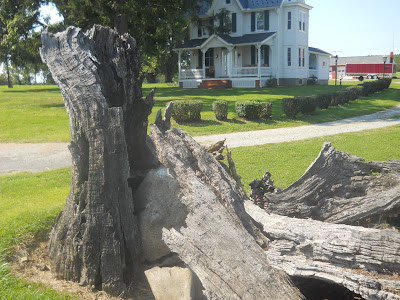 It doesn't look like much, but this fallen oak in Rising Sun, Maryland, was a mute witness of history.  During the American Revolution, Lafayette's men camped by and under the Spready Oak, as it came to be called.  A cavalry camped under it during the Civil War. I stopped nearby it for lunch just the other day.

In the early 1980s, a windstorm blew over the Spready Oak.  It was estimated to be over 500 years old at the time.

Memento Mori -- "remember you must die."  Because if you haven't died, you haven't yet led a rich, full life.