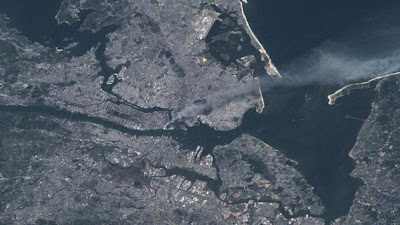 Where were you on 9-11?  Frank Culbertson was in orbit -- the only American to see the disaster from that vantage.  He saw the plume of smoke from space.

My father, who was as good a man as I have ever known, was an engineer for General Electric.   He worked on (among other things) space flight and ICBMs.  Which is to say that he was involved in the best and worst of the American Century.  Astronaut Culbertson holds a similar, though less morally complex, position in the Twenty-First Century.