What I Read On My Summer Vacation 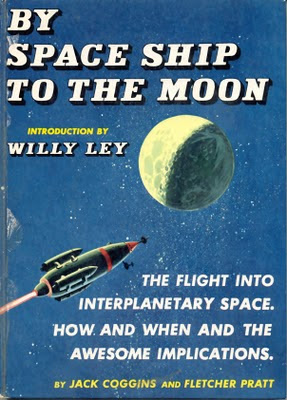 Well, I had a pleasant week doing absolutely nothing.  Now I have to drive to NYC tonight (along with the legendary Tom Purdom) for SFWA's Editors-Publishers Party -- better known as the Mill 'n' Swill.  Then it's off to Pittsburgh, to Newport NY, and to Kingston NY.  I've got a busy schedule this week.

But what, I hear you ask, did I read during those halcyon idle days Down The Shore?  Well . . .

The Children's Book by A.S. Byatt.  This is the novel we all want to write when we grow up.  Either that or else Byatt's Possession.

Life in a Putty Knife Factory by H. Allen Smith.  Light and inconsequential essays by a New York City newspaperman, back in the days when men word fedoras and Damon Runyan walked the streets.

Percy's Reliques.  This is one of those crosses between scholarship and amateurism gone mad, a collection of ballads and poems, largely from Elizabethan times.  The Dragon of Wantley alone would be worth the price of this eighteenth-century reissue (three bucks at the Baltimore Book Festival), but there are lots of gems to be found.

You Can't Win by Jack Black.  The memoirs of a yegg and a hobo.  Unapologetic and great fun to read -- though less fun to live, I imagine.  One of the very few books that William S. Burroughs admitted was an influence on his own work.

Collected Poems of Hope Mirrlees.  This is the long-awaited Carcanet Press collection, edited by Sandeep Parmar, of the poetry written by the author of the fantasy masterwork Lud-in-the-Mist.  Mirrlees wrote one major modernist poem, Paris, a Poem, which was published by Virginia Woolf and which many suspect (but none can prove) was an influence on T. S. Eliot, a good friend of Mirrlees.  All her other poems are conventional formal.  As Parmar remarks in her extensive and illuminating introduction, "The poems . . . will not necessarily appeal to those who admire Paris."  But those who wish to understand an artist who created a single important work in two seemingly-unrelated forms must start here.

By Space Ship to the Moon by Jack Coggins and Fletcher Pratt.  Actually, I just looked at Coggins' wonderful pictures.  I bought this, in pristine collection, in an antique shop for six bucks.  Not bad.

Why do I admire The Dragon of Wantley so greatly?  Consider only these lines:

Oh, quoth the dragon, with a deep sigh,

And turn'd six times together,

Sobbing and tearing, cursing and wearing

Out of his throat of leather;

More of More-hall!  O thou rascal!

Would I had seen thee never;

With the thing at thy foot, thou hast prick'd my arse

And I'm quite undone for ever.

Off I go to New York!

I had the Willy Ley book as a kid, and just recently found it again in an antique store. Serious nostalgia rush from looking at the artwork.