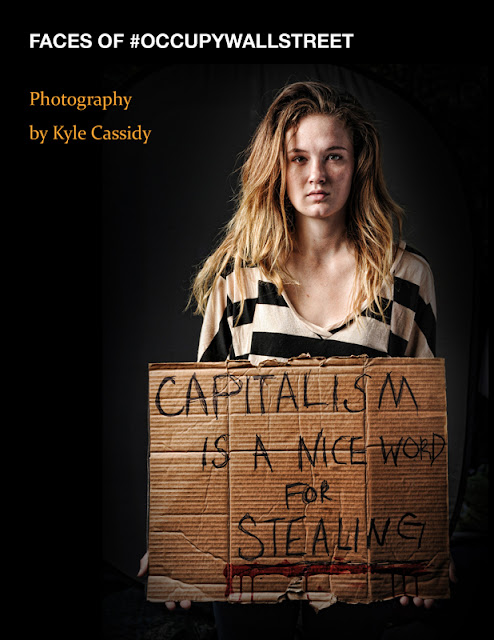 My favorite Philadelphia photographer, Kyle Cassidy, is at it again!  Kyle, for those of you who don't know his work, lives to photograph people.  There is a basic decency to Kyle's photos.  Whether he's photographing science fiction fans or gun owners sitting in their living rooms holding guns, he manages to show the human being behind the essential eccentricity (the fans, mostly) or normalcy (the gun owners, in the main).  So when I heard he'd gone up to New York City to photograph the Occupy Wall Street protesters, I thought it was a really cool idea.

And it was.  You can see a selection of his photos at the Huffington Post here.

I've been on the road.  But I have hopes of spending three or four days at home before the month ends.  Which is good because Autumn has arrived and I have work to do!

Details as they happen.

and i was just pimping your monster story written on graveyard leaves!