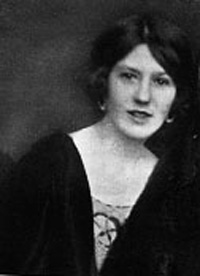 The first half of the annotations for Paris, a Poem went up Friday.  You can find them here.  The second half is below.