Another Reason to Love Orkney 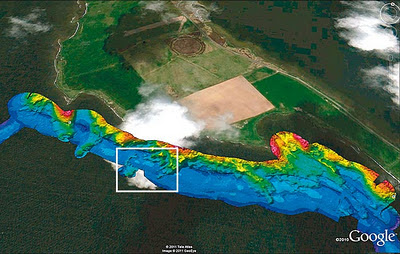 I visited Orkney some years ago, after driving slowly through the highlands of Scotland, which is one of the most beautiful countries on Earth -- and it managed to trump Scotland!  Incredible but true.  The land is low and dun and almost treeless, but it tugs at the heart.

On my second day there, I got into a rental car and visited the Ring of Bookan, the Ring of Brodgar, the Barnhouse Settlement, the Cairn of the Hounds, and Maes Howe . . . and then broke for lunch.  I'd traveled less than ten miles down the road from my landlady's house.  Which I could see from the top of Maes Howe.

I could go on and on, but I won't.  Instead, I'll note that archeologists have found an "anomaly" in Loch Stenness.  It may be an ancient monument, a quarry, or something else.  You can read about it here.

I'm on the road again.  I'll be home briefly late tonight, but in the morning I'll be jumping in the car and off on the road again.  So if you're waiting on me to do something I've promised and I'm behind schedule . . . well, that's why and don't hesitate to send me a reminder.