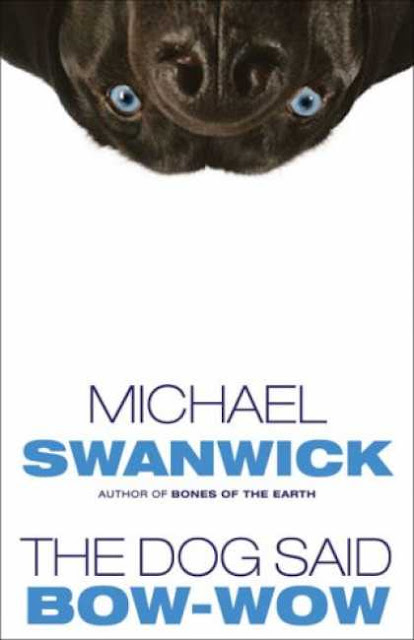 The Blue Ribbon Panel of Incorruptible if Nepotistic Judges met Sunday to go over what I'm pretty sure were literally hundreds of suggestions.  Some of them were greatly admired as words but, the consensus was, wouldn't work in context.  They were set aside with enormous reluctance.  A couple may surface when Darger and Surplus visit Italy or Spain.  Several looked good on paper but sounded smutty or misleading when said aloud.  And so it went, until we had a final ballot of perhaps twenty words.  All three of us agreed that one worked best.  But to be absolutely certain, I then went down the final list word by word, to make sure we all agreed it was better than each one of its rivals individually.  As it was.  And the winner was . . .

. . . serviles, which was contributed by Zamzummim.

The word was chosen because it's instantly recognizable, easy to say, won't cloy with repeated usage, and carries a little edge of cruelty.  Everybody felt that last bit was important.  I am ninety-nine and forty-five hundredths percent sure it will be used in the novel, which is better odds than you'll get that a bar of Ivory Soap will float, and one hundred percent sure that Zamzummin will get the very first autographed copy of the Darger and Surplus novel when it comes out.

Zamzummim, please send your mailing address to me at miswanwick["at"symbol]aol.com so I can mail your prize to you just as soon as it exists.

Everybody else, thank you!  This was a lot more fun than trying to sweat up the word myself.

"Zamzummim," meaning mumblers or whisperers (it comes from the Bible), was another of Zamzummim's submissions and is an excellent example of a word we all thought was inherently nifty.  But not right in context.


Above:  The cover of my next-to-most-recent collection.  Because the Darger and Surplus doesn't exist yet.

Congrats Zamzummim, and thanks for keeping the rest of us un-scammed.

Hopefully one day Sir Vile will arise to publish a zine calling for the emancipation of the serviles.

Now that Serviles have been named... Does the Darger and Surplus Novel have a name?

No, it hasn't. I may yet have another contest . . . if only I can figure out a way to provide enough information about the novel to make naming it possible without giving away the plot.

For the moment, I'm still praying for a sudden stroke of genius to hit.

Getting my Title Contest entry in before the deluge:

A Rogue's Map of the Continent

At least, if the novel is anything like the short stories, with Darger and Surplus gallivanting across Europe...

Pat, that title hits pretty much every button on my what-a-title-should-be keyboard. It's made up of primary nouns. It's inherently interesting. And doesn't look like every other title on the shelf. I admire it enormously.

However, context is everythng. The Darger and Surplus novel is set entirely in Russia, and all but the first several chapters in Moscow.

Still, your title does its job. I'd pick up that novel in a bookstore and read the first paragraph, hoping the book was brilliant.

Lurking About Moscow
A Surplus Of Russians