Mary's Eyes and the Stone of Loneliness 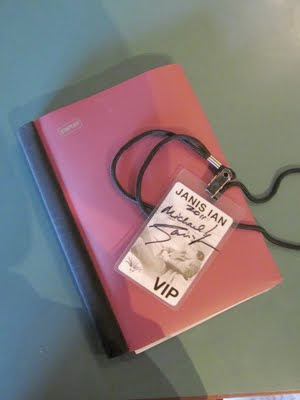 On Saturday my contributor's copies of the new Asimov's arrived, with my story, "For I Have Lain Me Down on the Stone of Loneliness and I'll Not be Back Again."  Which was really good timing because on Sunday I had tickets to see Janis Ian perform in Voorhees, New Jersey.  So I was able to give her a copy.

How the story came about was that, some years ago, upon discovering how greatly she was appreciated by the science fiction community, Janis decided to put together an anthology.  Stars was made up of original stories based on (or spun off from) her songs.  I was asked to contribute and promised I would try.  I knew what song I would use.

"Mary's Eyes" is a beautiful song and a particularly interesting one in that it has two separate aspects.  One is the song that Janis wrote, in praise of the musician Mary Black.  The other is the one that no Irish American can fail to hear.  She didn't know, when she wrote it, that her Mary was an avatar of Deirdre of the Sorrows.  But there you are.  When you create a work of art, you tear a hole in reality and sometimes things you weren't aware of slip in from outside.

It's a song that brings tears to my eyes whenever I hear it.

One of the hardest tasks in fiction is putting real life into a story.  There's a lot more truth in "The Stone of Loneliness" than usually makes its way in.  The man who saw Gerry Adams was me.  The holy well in the Burren is exactly as I described it.  And by the gate to a lonely cemetery up on a hilltop in the West I lay down on the Stone of Loneliness and felt exactly what my protagonist did.  This is a lot more personal story than will be obvious to its readers.


Stars came out from Baen Books in 2007.  It took me another four years to find the story.  But now it's in print and it's all because of "Mary's Eyes."

I tell you this because you might chance to read the story and, coming upon the sentence, "It seemed to me then that we were each and every one of us ships without a harbor, sailors lost on land," wonder why I'd included lines from a Janis Ian song.


And now you know.

There's an interview with Shaun Tan in Spiegel Online International, in which all the artist's answers are in the form of drawings.  Quite nice.


Above:  My VIP pass.  Maybe I can bundle that up with a copy of the magazine and a Worldcon badge and contribute it to the next auction for Janis's Pearl Foundation.  That would be good.