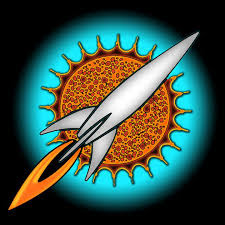 Philcon begins today and normally I'd be in an out of the Cherry Hill hotel, shmoozoing, nursing a drink at the bar while chatting with old friends, checking out the books in the huckster room, and sitting on the occasional panel.

All of that has been coronavirused into the past. Save for the panels. I'll be virtually participating in the virtual events this weekend with great enthusiasm.

6:30 Reading: I'll be reading "Nirvana or Bust," which is, despite the title, not a wacky comedy satire of New Age enlightenment-seekers but a thoughtful science fiction tale of infrastructure and the future of humanity. With robots!

Recently, Vasily Vladimirsky interviewed me for Gorky Media in Russia. The article is online and English speakers can get a rough idea of what was asked and what was said by using a translation engine.

Machine translation is not yet an exact art, alas. It's miraculous that it can be done at all. So if you read it in English, I should warn you that what I meant to say got distorted from time to time. Here, however, are two questions and answers from the original English:

Five Hugo awards went to you for short stories and a Nebula award for novels. What is the difference between working with a small form and a medium form from working on a novel?

Short stories are verbal machines constructed to deliver a single result: to make the reader laugh, cry, think, wonder, whatever. So they should be clear and clean, with an absolute minimum of moving parts and no wasted words. A novel is a great shaggy wandering beast. There’s room in it for small jokes, scenes of random beauty, dialogue whose sole purpose is to be entertaining to the reader. So long as the plot keeps on moving forward, it doesn’t necessarily have to be the most efficient way of getting where you’re going. A short story is an experience and a novel is a world.

As for the difference in writing them, a novel allows the writer the pleasant experience of living in somebody else’s life for a long period of time. But a short story has the potential to achieve perfection. I’ve written several perfect short stories. Nobody’s ever written a perfect novel.

Your novel "The Iron dragon's Mother", the final part of the "Iron Dragons" trilogy, is published by Azbooka publishing house this month. More than a quarter of a century has passed since the first novel of the trilogy was published. How has your view of the world described in Dragon novels changed during this time?

I don’t think it has. I saw the world as a beautiful, alluring, dangerous place back then and I see it as beautiful, alluring, and dangerous now. Life is full of pain and loss and ecstasy. It’s no place for wusses. I’ve said this before, but I’ll say it again here: There should be a sign by the womb door reading: HEROES ONLY.

We are all heroes, descended from thousands of generations of heroes.

You can read the original interview, in Russian, here.

Posted by Michael Swanwick at 8:45 AM 2 comments:

A Story or Two from the Scribbledehobbledehoydenii 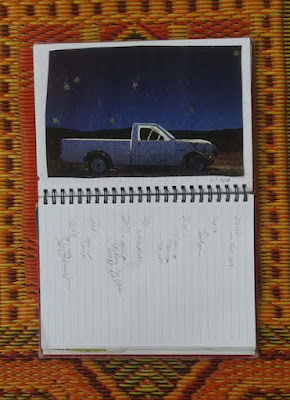 Last night, I was idly writing microfictions on collages I'd made in my notebook (as one does), finished the one above, and read it aloud. My son Sean, who had dropped by, suggested I post it here. So that's what I'm doing.

You can't possibly read the text since it's blue ink on a dark blue background, so the fiction in its entirety is below:

When I was a boy, I shot holes in traffic signs with my .22. When I graduated from high school, I took my sweetheart out in the pickup truck I'd been workiing on for years. She got pregnant, we got married, and I got a job. Fifty years later, I look back on my life and think: Not bad, Boy. Not bad at all.

This is not autobiographical but it is the life story as it was played out by a lot of boys in Winooski High School, back when I lived in Vermont. Except for the pickup truck. They all had sedans with big back seats.

At the time, I was appalled at the thought of having your entire life signed, sealed, and delivered at age 18. But age has a way of mellowing harsh judgments. So I was glad to be able to give a happy ending to some of those guys. I hope it's true. 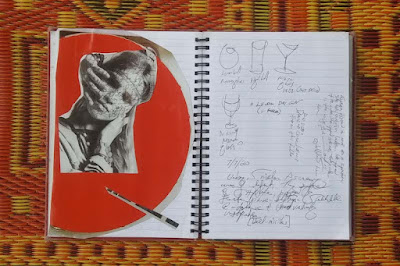 If you look carefully, you can see the story written on the woman's face.

Posted by Michael Swanwick at 7:44 AM No comments: 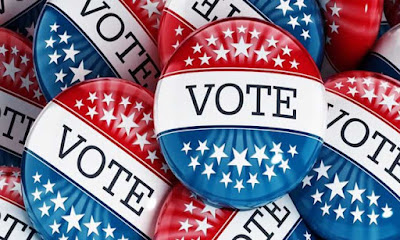 Posted by Michael Swanwick at 8:04 AM No comments:

All of Jack Frost's Wake On One Page.

My apologies for not posting this yesterday, All Saints Day, as promised. "Old Dusty," my trusty CRT monitor, abruptly died and by the time I had acquired a new flat screen monitor (the smallest and cheapest one they had, which is to say, huge) and installed it and undone all the new buts attendant thereunto, it was late and I forgot my promise. Mea culpa.

Jack Frost dances merrily through the trees, turning green leaves brown, red, yellow, orange. All the world is his canvas.

Not only is Jack an artist, but he’s an avatar of Death as well. In his wake, plants die, insects die, birds die, mammals die. Occasionally, people too. This is why we close the shutters tight when the nights grow cold and the windows are rimed with frost.

But Jack has his playful side. Sometimes he writes words on leaves: AUTUMN, perhaps, or DEATH. He’ll take twin leaves and label one ORIGINAL and the other COPY. People find his handiwork scattered behind him by playful winds. No harm done.

Other times, he’ll write an entire story, leaf upon leaf. Passing through a graveyard, you snatch up the first word and then the second. It might be a ghost story or it might, like this one, tell of a gathering of werewolves, witches, ghouls, and other ghastlies to toast the memory of some departed soul. Oh, it gets rowdy then! Cemetery wine is poured and drunk, and whiskey from Hell’s own cellars. They dance and leap and howl. They perform dreadful deeds. A good time is had by all.

Scurrying after Jack Frost’s coattails, you grab each leaf as it falls, reading avidly. It is only as you reach the final paragraph and, indeed, the ultimate sentence that you realize that the dead soul whose wake they’re celebrating is you.