Zero Notebook 4: A Vision of God 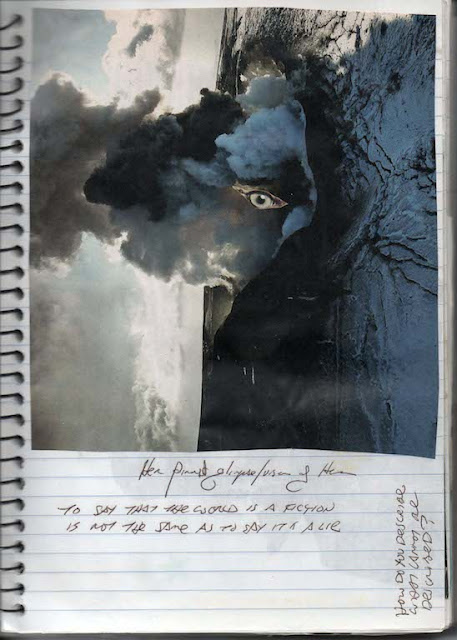 This is the single most important image in the Zero Notebook. As my scrawled notation says: Her first glimpse/vision of Him. It is an image of God.

At this distance, I could not say why I specified Him rather than Her, given that my fictional universe is presided over by the Goddess. Probably I didn't want that fictional level of deniability.

Below the picture it also says:

To say that the world is a fiction
is not the same as to say it is a lie.

And to the side:

How do you describe what cannot be described?

If I knew, I would tell you.

Posted by Michael Swanwick at 7:33 AM