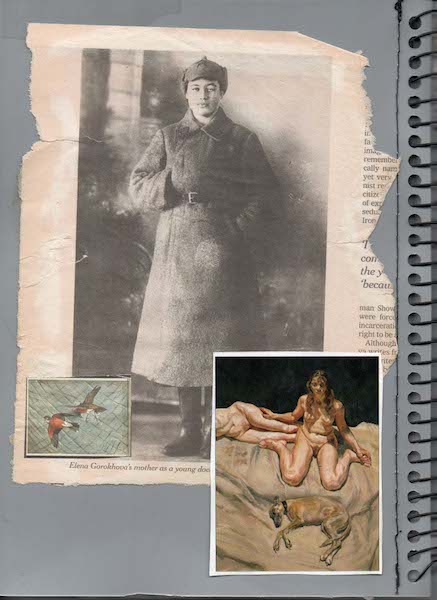 Here on the inside cover of the Zero Notebook is a first glimpse of Caitlin. It's a photograph of a young Russian doctor and, although it misrepresents Caitlin's ethnicity entirely, it does capture her innate seriousness. Added to which are birds in flight, because flight is in her nature, and a miniature of a painting by Lucian Freud. This last was included for its lack of glossy magazine glamor but also, with a touch of irony, because I knew that the novel would be going deep into Carl Jung territory.

It doesn't. The page is a first, fumbling-in-the-darkness attempt to find the heart and soul of the novel.


Above: Second image. Eight to go.