The Sky Was Filled With Dragons 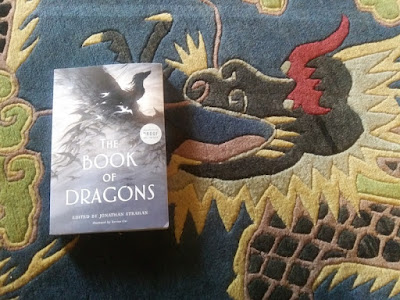 The Dragonstairs Press rug dragon is particularly happy today because I've received an advance copy of Jonathan Strahan's newest anthology, The Book of Dragons. Which will be published this summer. I know it's a bit of a wait, but that's how publishing works.

I don't often have stories in theme anthologies because, with the occasional happy exception, I'm one damnably slow writer. Jonathan, however, was able to pry a story out of me through the simple expedient of giving me lots and lots of time to write it--well over a year, in fact.

Luckily, I had a dragon story I'd been working on for two or three years. Here's how "Dragon Slayer" begins:

The opening came fast. I wrote it in a day. But it took me forever to find out what the story was about.  Luckily, that nice Mr. Strahan came along with his invitation to participate in his book and that jogged something loose. A whirlwind twelve months later, the story was finished.

I imagine, though, that you're curious about the rest of the stories. Well, I haven't yet read them all. But those I have read were good. For more detail, I'm afraid you'll have to refer to the official press release. As follows:

From China to Europe, Africa to North America, dragons have long captured our imagination in myth and legend. Whether they are rampaging beasts awaiting a brave hero to slay or benevolent sages who have much to teach humanity, dragons are intrinsically connected to stories of creation, adventure, and struggle beloved for generations. 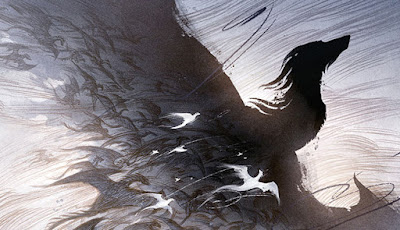 Immediately above: I couldn't resist including the rug dragon in the top photo, even though that downplays the very fine cover art by Rovina Cai. To make up for that, here's the upper half of that cover.

Posted by Michael Swanwick at 8:15 AM